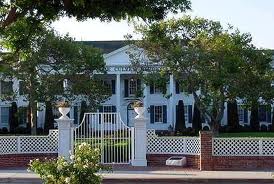 Inside a soundstage at Culver Studios, just around the corner from where such television comedies as TBS’ “Cougar Town” and Showtime’s “Episodes” have been filmed, another production is in full swing. A set depicting a high-tech, two-story office is hosting a boozy party scene for “Betas,” a comedy about a quirky crew of app creators in Silicon Valley.

But unlike its neighboring productions, the new series will likely never air on TVs. Instead, it will stream on them, in addition to many other devices. “Betas” is one of the first original series from Amazon, the online retail giant who’s taking a cue from Netflix and Hulu by producing its own shows that will only be available on Amazon Instant Video, a content service for paying members.

“In the old days, I remember if you were a film actor, you didn’t do TV,” said Ed Begley Jr., who stars in “Betas” as a goofy, patriarchal investor. “That wall came down many years ago. Now, I think the same thing is happening on the Web. This isn’t just someone with a Handycam filming something that looks like public access TV. This is a real show.”

Amazon’s move into content creation is another click in the evolution of online video, legitimized earlier this year by the success of “House of Cards,” the political drama from online streaming service Netflix Inc. starring Kevin Spacey. That show was nominated for a best drama Emmy, alongside the likes of AMC’s “Breaking Bad,” which ultimately nabbed the prize.

Over the past year, Amazon.com Inc. has bolstered its streaming video library beyond typical movies and TV shows by locking down the exclusive streaming rights to such buzzed-about series as “Downton Abbey,” “Falling Skies,” “Justified” and “Under the Dome.” The Seattle-based company is hoping to now build hype – and attract subscribers – with its own shows, according to Derrik Lang at Hispanic Business.com.

Goodman, an acting vet with a seemingly ubiquitous presence on the big and small screen these days, didn’t notice much of a contrast between “Alpha House” and the other TV productions he’s worked on.

“The only difference was that we could curse very heavily, but that’s the only difference,” said Goodman. “We have a fantastic studio in Queens and locations all over New York City subbing for Washington, D.C. I actually know nothing about how they are going to present this (show). It was so much like a regular television show. I just don’t care.”

Amazon reportedly spent $50 million to produce “Betas” and “Alpha House,” along with three children’s shows, for Amazon Prime, a premium service that provides free two-day shipping, streaming video and other perks to members who pay $79 a year. The company ordered full seasons after offering up 14 pilots for Amazon customers to stream and critique.

“It was a super unconventional way to go through the pilot process,” said actress Maya Erskine, who plays the acerbic love interest on “Betas.” “We didn’t have a network just determining our fate right away. Amazon was actually giving this a chance to be seen. I think it takes a while for audiences to see something and get hooked, especially on the Internet.”

The first three episodes of “Alpha House” will be available free to all Amazon customers beginning Friday, as will the first three “Betas” installments when it launches a week later. The rest of the episodes will then only be available to Amazon Prime subscribers each week. That means no binge viewing – for now – a deliberate decision by Amazon to get viewers tweeting about the shows.

“When you release all the episodes at the same time, our intuition was that it gets in the way of you communicating with your friends about a show because you don’t know how many episodes they’ve seen,” said Roy Price, director of Amazon Studios. “It removes that whole water-cooler aspect of watching a television show, which is part of the fun.”

Amazon isn’t waiting around to see if comedies “Betas” and “Alpha House” go viral, though.

The company is now in search of its very own buzz-worthy dramas in the mold of “House of Cards” and “Orange is the New Black.” Price said pilots have been ordered for two such properties, an adaptation of Michael Connelly’s Harry Bosch police procedural book series and a mysterious genre show from “The X-Files” creator Chris Carter, as well as three additional comedies and six new kids’ shows.