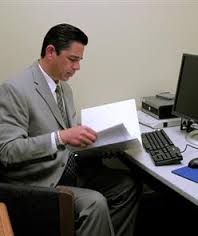 In a bid for a seat in the State Assembly, former Culver City Mayor Christopher Armenta has pledged his support for efforts to close Santa Monica Airport, according to Jason Islas at the Lookout News.

“They could be nice guys and all,” said anti-airport advocate Martin Rubin, “but I’m looking for someone who will step up and do something.”

Armenta, local businessman John Jake and Sebastian Ridley-Thomas, the son of L.A. County Supervisor Mark Ridley-Thomas, are running off to replace Holly Mitchell after she was elected to the State Senate in September.

“(Armenta is) clear about this issue,” Rubin said after meeting the candidate at a picnic sponsored by Airport2Park.org, one of two anti-airport advocacy groups in which Rubin holds a leadership position.

He is also the founder of Concerned Residents Against Airport Pollution (CRAAP).

Over the years, Santa Monica has challenged the authority of the Federal Aviation Administration (FAA) over the airport, which the City owns and operates, attempting to reduce or even prohibit operations out of the airport.

Often, however, the FAA has triumphed.

But Santa Monica has not been alone in challenging the authority of the federal agency, which has contended that the City must continue to operate the land as an airport forever.

Former Los Angeles City Councilmember Bill Rosendahl, who represented the 11th Council District, was a vocal opponent of the airport during his tenure.

Rosendahl’s former district, which covers all of Los Angeles City west of the 405 from the Santa Monica Mountains to LAX, overlaps with Assembly District 54 geographically.

State Senator Ted Lieu, whose district included Venice and Marina del Ray and, after redistricting Santa Monica, has also been one of the airport’s strongest detractors in Sacramento.

Most recently, Santa Monica filed a lawsuit against the FAA alleging that the federal agency is violating constitutional law by arguing that the City must run the airport in perpetuity.

While Santa Monica’s representative in the State Assembly, the city’s former mayor Richard Bloom, agrees that the lawsuit is the right course of action, he’s not sure there’s much those in Sacramento can do.

“I support the process and the litigation that the City has undertaken to test its jurisdiction,” he said.

“I don’t think it’s necessary” for State legislators to step in right now, he said. “I think the City is taking all the steps that need to be taken at this time.”