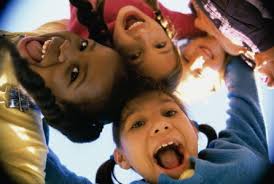 I was not surprised by the election results. As I roll back through all the letters to the editor and all the comments over the last few months, there is a pretty clear pattern to see.The louder the protest, the weaker the results.

It isn’t as if virtue has triumphed and evil has been vanquished – or vice versa. Local elections bring out local passions, and it’s great that people were so focused and so committed.

The downside was that of all the people in the city who truly care about politics (and there are not a whole lot of us ) there was a slender minority that just went over the top.

The name calling, the back and forth, it was just not the way to go. No one changed anyone else’s mind with these tactics. Dialogue is important, but it has to stay clear;  would you be willing to listen to someone making the comments that you are making?

The outside influences had a backlash. The more that one candidate was targeted by sign stealing and infamous yellow flyers, the stronger the community support became. I was very surprised to encounter not just one, but three people who all said, on election day, that they had changed their mind about who they were voting for. Each one of them was so deeply offended by the “stock photo” flyer, they said, nope, I’m not giving them my vote, not anymore.

It seemed to be a reflection of my own voting tastes – whoever is putting big glossy flyers in my mailbox three times a week is someone with too much money to spend on this, and I don’t want to give them my vote.

Conversely, the people without any budget to spend were the ones who ended up on the bottom of the returns. There has to be enough support in the community to bankroll you and volunteer for you, or you are just running for your own entertainment.

The balance between too much money (clearly not Culver City based) and not enough money (no base in Culver City) left those candidates that finished in the middle simply out voted. That happens in any political race.

The candidates who won were those who ran for the most sincere reason – that our schools are for our kids, and that everything else is commentary.

So, as we allow the dust to settle and the smoke to clear – and as we gear up for the City Council race in April – let’s make it a priority to stay civilized, and consider how we are putting the message out there. We are always an example. Let’s be a good one.