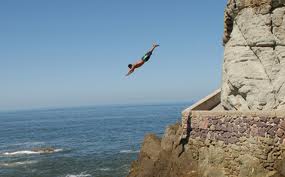 While it will take a few months for him to hit the rocks – November to be precise – it seems that Karlo Silbiger has gone and done just what we pleaded with him not to do; Political suicide.

Monday’s School Board meeting saw an almost pointless exercise in power – hey look what I can do – to stop a popular bond measure from proceeding forward. But it has assured Karlo that his run for re-election will not cross the finish line.

Why put up the stop sign on something that so many people in the community wanted, felt was needed, and were just rolling up their sleeves to get busy with ? Why call in the easily persuaded votes on the board? Why kill your own political future?

Nancy Goldberg, who practically ran for office on the idea that we do not have enough functional water fountains on our high school campus, somehow opted to vote against her own interest by following along with Silbiger. Nancy has already said she’s not running for another term on the school board, but by voting against the bond, she has negated the very platform that she spoke about as being central to our students well-being; adequate facilities.

Why Patricia Siever decided against the bond is also a mystery. She has often spoke of the wonderful upgrades on her West Los Angeles College campus that were paid for with bond money although those projects almost died owing to the vast incompetence of Mark Roche, WLA’s once-president. The current president, Nabil Abu-Ghazaleh, has done much to clean up from his predecessor and move the college forward. But without the bond money, the campus would not have been able to serve the students it has, let alone attract more.

But Nancy knows she’s not interested in the long term, and and Pat still has not decided to run for re-election this year. Just a thought – don’t bother. Your position on Monday just assured your loss.

Karlo seems to have taken this decision that same way he did the whole deal with the classroom adjuncts; why allow a lot of parents, who are passionately interested in their children’s education, to make decisions that will benefit the process? As a member of the school board, Karlo seems to feel that parents should be kept as far away from the school system as possible.

There is already plenty of enmity against Karlo among the voters, but with the small electorate we have for the school board, this will more than tip the balance against him. The few people who will be voting might want to ask why he’d even want to run for another term. Do we need a school board member whose political strategy seems to be based on flipping off the people who care the most about the schools (parents)? Perhaps it’s pandering to fear – fear that the older voters will not want to approve of borrowing money. I’m sure none of them sent their kids through these schools, or bought their houses on mortgage. Our energetic real estate professionals will understand they will have to sell the school programs and not the structures themselves when they are selling houses to new residents. If someone is looking at moving to Culver City, they are buying into the community, right, not just investing a few hundred thousand dollars in a structure. Who cares about structures?

Well, we do. We have to. They are vital.

But the folks who will be most energetically waving him goodbye as he drops past the fourteenth floor will be the district administrators and employees. These very hard working people thought that they were going to be able to create some concrete improvements for their students, and now, they won’t.

So, why would Karlo opt for suicide ? Maybe it’s a way out of the family business. Plenty of people are pushed into doing what their parents have done, only to discover that they don’t like to do it, or they are not as good at is as they need to be to succeed. Perhaps it’s just ego – hey, I’ve got two other votes on the board I can control, so watch me jerk these people around like puppets. Watch me jump off this building in a single bound. Or maybe it’s just misguided perception. Perhaps Karlo really does think it’s a bad idea to improve the infrastructure of the school buildings that have not been updated since the mid-20th century.

But wait – Wasn’t he among the faction decrying moving Culver Park into bungalows to make space for the legally required full – day kindergartens at El Marino? Wasn’t he speaking about upgrading the Robert Frost? Didn’t he take a position that Nancy’s water fountains were as vital to student health as she said?

There’s a joke that’s popular on the campus of the University of Chicago “Ok, that’s all fine and well and practice, but how does it work in theory?” Politics in not theoretical. It’s the practical application of energy into policy into reality. The art of the possible.

I can only hope that in his next life, Karlo has a better understanding of how power works. Going in the opposite direction of your constituents every time a major decision needs to be made does not create longevity, but rather it’s opposite.