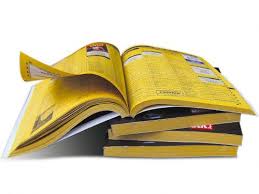 It seems we are more important, more interesting and more powerful than we know. When something as trivial as a school board race in a small city is bringing in outside influences, it’s a sign that there is more here than meets the eye.

For months, there has been a flurry of yellow pages – not the absurdly outdated telephone information manual, but a one-sheet of propaganda directed against a single candidate. Whenever a candidate is under attack from outside, it’s a signal that there are bigger things at work. This is why we have campaign fairness and finance laws. The information presented as fact is like so much “faux news” – it simply can’t be reconciled to reality. Just like the old telephone books, yellow pages can go straight to the recycle bin.

Another common use of ‘yellow’ is the old Western movie epithet for “coward.” While not yellow in color, the widely circulated and much discussed UTLA letter to it’s members has drawn outrage from many quarters. The dirty, low-down, no-good yaller lies presented in that text – Mister, them’s fightin’ words.

To say the the UPCC has “anti-union agenda” or is funded by an outside source is as completely untrue as any of the fabricated accusations on the yellow sheet. When a question about the UTLA letter surfaced at a recent school board forum, the candidates who had been endorsed in the missive shrugged their shoulders and plead innocence as to how this came about. When another candidate – one of those being maligned – gave specific information about who created the letter and why, it was noted by many in the audience that it was information that wasn’t hard to come by.

That the candidates being favored with this particular bit of bravado just had ‘no idea’ how this happened is disingenuous in the extreme. If the UTLA wanted an effective campaign tool, why not just laud their endorsements? Why fling mud?

That the candidates being attacked by this wave of yellow have not stepped outside of fair practices, nor have they spent a dime to fling mud at their opponents show us what kind of leaders they are.

So, to the folks endorsed by the UPCC and the leaders of that organization, I offer a small reflection; When I was writing for the Free Venice Beachhead, back in the 20th Century, I published an essay in regard to the Clarence Thomas – Anita Hill controversy. I got fan letters, but I also got hate mail.  I got a piece of hate mail so vicious it made me queasy just to read it. My more seasoned comrades at the paper, wanting to cheer me up, were delighted. “Hey, if you are getting really ugly hate mail, it means someone thinks you are really important. You got them so upset, they took the time to write you a letter and put a stamp on it and mail it just to tell you how wrong you are. You are important, and something you said really hit a nerve.”

It’s not just about the school board. It’s not even about the schools or the parents or the unions. What this is about is how we use education in this culture, and that is a much bigger campaign.

The best way to teach anything is by example. So, keep it honest, and talk about what you think is important, not about your opponent’s alleged intentions. If someone offers you a few thousand dollars to create a mailer to smear someone, tell ’em that’s just yellow. In Culver City, we are teaching our kids to play fair.