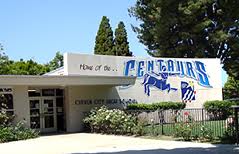 The latest from CCUSD on facilities updates is all good news. The Athletic Field Project is complete, including the track and field portion of the project. The bleachers have been used for high school games and youth sports as well. The restrooms, concessions, and ticket booths have been placed into service by the high school. District personnel are being trained on all of the new systems. The practice fields that were disturbed by the construction activities have been re-seeded and are germinating grass. The District has full use of all of the facilities at this point. “We anticipate the punch list and all temporary facilities will be removed by mid-October,” said Mike Reynolds, Assistant Superintendent, Business Services.

SunPower ran into some issues with their subcontractors related to the positioning of installation holes in part of the supporting structures in early September, but those issues are being resolved. This has created some delays in installing the photovoltaic panels which should be back on track shortly. The problem was addressed through temporarily removing the panel supports and then re-attaching them to the structures with a special adjustment part that shifted the holes in order to realign them. Sunpower is currently working seven days per week to complete the project. The project is expected to be completed near the end of October.

Our elevator project has finally been approved by the Department of the State Architect (DSA), and the District is ready to move forward quickly with its construction. “We are hoping to have the elevators installed and up and running within the next six months,” Reynolds said.

The District has had several conversations with Hodgetts and Fung, the District’s architects for the Robert Frost Auditorium improvements, and is poised to have the firm proceed with drawing up the plans for submission to DSA so the project can move forward.