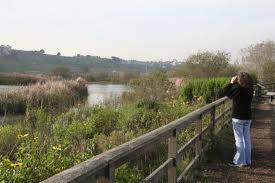 The Ballona Wetlands Land Trust has sued the California Department of Fish and Wildlife to force resolution of a months-long dispute over access to records related to the Annenberg Foundation’s proposal to build an interpretive center in a portion of the Ballona Wetlands, according to Martha Grove at the Los Angeles Times.

The suit alleges the agency violated the spirit and intent of the state Public Records Act by “willfully avoiding possession of critical project documents and allowing the private foundation to retain sole possession of those documents in order to circumvent its responsibility to keep the public informed,” the nonprofit land trust said in a statement.

The suit was filed last week.

Walter Lamb, the land trust’s president, said in the statement that presentations by Annenberg and the state to neighborhood groups have been “widely criticized as misleading in how they portray the project and the foundation’s motives for pursuing it.”

Lamb and other wetlands activists contend that much of Annenberg’s motivation for proposing the interpretive center would be to include a “companion animal center” that would help facilitate the adoption of dogs and cats.

The Annenberg Foundation has said its plans for the center were a “work in progress” and not yet ready for circulation.

The foundation has proposed to build a center in what is known as Area C of the Ballona Wetlands. It would include an auditorium, classrooms, exhibits on wildlife and domestic animals, facilities for an animal adoption and care program and veterinary facilities for animals.

Under state law, the project must undergo an environmental review.