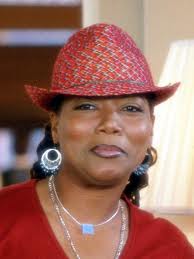 “I cannot think of a more talented and fun group of people to share the stage with in celebration of the launch of my new show,” said Queen Latifah. “I am honored to have the support of so many long-time friends and colleagues as I begin this journey, and I look forward to sharing this experience with all of them and with the many new friends I will make along the way.”

In addition to her celebrity guests, Queen Latifah will kick off her premiere season with chart-topping musical guests and surprise performances, some great comedy and everyday heroes who are changing lives in their local communities.

The Queen Latifah Show is a daytime talk-variety series that showcases Queen Latifah’s extraordinary range of talents as a global entertainment icon. Corin Nelson serves as Executive Producer. The show is produced by Flavor Unit, Overbrook Entertainment and Sony Pictures Television and is cleared on major station groups around the country, including the CBS Television Stations.