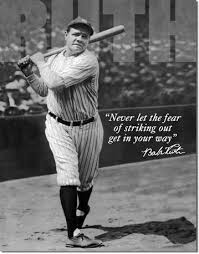 Westside Baseball’s Westchester Babe Ruth 14u all star team defeated Washington on Saturday 15-0, completing World Series pool play with a perfect 4-0 record. By virtue of its undefeated record, Westchester won the American division, and earn a bye into the semifinals on Friday.

Kaelin Woodard and Jason Zeidman combined on a two hit shutout of Washington, with Woodard throwing the first four innings, and Zeidman finishing the game. Woodard, honored as the game’s most valuable player, explained that he loves pitching for Westchester, “Look at this infield, we have Saul (Martinez) at third, Kelvin (Murillo) at short, Justin (Morris) at second and big D (Derek Marshall) at first. If they hit the ball on the ground, these guys will make the play. We have a tremendous outfield (Dailin Lee, Nolan Martinez and Aaron Greenfield). Balls that would normally be triples or doubles, these guys turn into routine outs. Towing to a catcher like Jonathan Phelps is like a dream come true. He blocks. Everything and calls a great game. There isn’t a better defensive team anywhere. Oh, and if Justin (Morris) doesn’t get a golden glove award then they should just cancel the award. He’s the best fielder in the tournament, and its not even close for second place.”

Zeidman, who did not allow a ball out of the infield, praised Woodard, “I’ve never seen Woody throw the ball harder or better. My only concern was not blowing the shutout. It felt great to get out there and finish Woody’s great work.”

While Woodard and Zeidman were throwing goose eggs, the Westchester offense continued to pour on runs. Westchester came into the game averaging just over 11 runs per game, and upped that average by plating 15 against Washington. As he has done throughout the World Series, Morris got things started early, walking and then scoring the game’s first run. Murillo also scored in the first, giving Westchester a 2-0 lead. Woodard and Murillo scored in the second, increasing Westchester’s lead to four after two innings of play.

Westchester broke the game open in the third, scoring five runs, highlighted by a Morris triple (his third in four games) and a Saul Martinez double. Westchester erupted for six more in the fourth.

Only six teams remain in the World Series, with Westchester on Friday facing off with the winner of the 8:00 pm game Thursday between Florid and Arkansas. New York awaits the winner of the Oregon/Indiana matchup at 5:00 pm on Thursday.