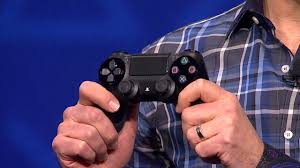 Mark your calendars, gamers: Sony has announced that its anticipated new console, the PlayStation 4, will debut in North American on Nov. 15 and will be available in Europe two weeks later.

The company made the announcement Tuesday at Gamescom, Europe’s answer to L.A.’s Electronic Entertainment Expo.

Sony has promised that the PlayStation 4 will offer players more power, faster response time, higher performance, better playability and the increased mobility to “take gaming out of the living room.” (Take a look at the February PS4 unveiling in the gallery at the top of this post.)

The PS4 will come equipped with 500 GB hard drive, 8 GB of RAM and an optical drive that will play Blu-ray and DVD discs, in addition to a new DualShock 4 controller with a touchpad, a headphone jack and a built-in speaker, and will sell for $399.99.

Launch titles for the new system will include the anticipated action title “Killzone: Shadows Fall,” racer “DriveClub” and the cartoonish “Knack.” Sony said Tuesday that the popular universe-building title “Minecraft” and the online military game “War Thunder” will also be available at launch.

Among titles in development are “Destiny,” a first-person shooter that features some massively multiplayer role-playing elements from “Halo” developer Bungie; “Kingdom Hearts 3,” the long-awaited title from Square Enix; and “The Order: 1886,” an original title set in Jack the Ripper-era London, in which the protagonists use elements of time travel and magic to face off against supernatural threats.

Of course, the PS4 is just one of two major new consoles arriving in the coming months. The Xbox One, which will sell for $499.99, will also be available in November, though Microsoft has not confirmed the widely reported street date of Nov. 27.