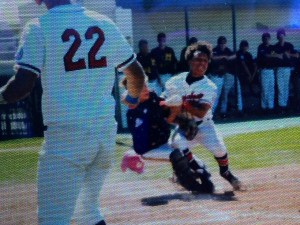 Game Most Valuable Player Dailin Lee was the offensive standout, scoring twice and knocking in three. Nolan Martinez was nearly perfect at the plate going two for three and walking twice.

Westchester improved to 2-0 in pool play with games against Florida and Washington remaining.