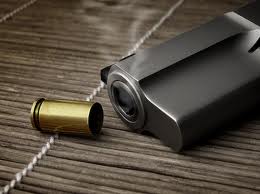 After three trials, 63-year-old economist Dale Hurd  has been sentenced to life in prison for the 1993 murder of his wife in Culver City, according to the Associated Press.

The Los Angeles Times reported Dale Hurd was sentenced Wednesday after a November guilty verdict for shooting Beatrice Hurd in the heart with their two small children at home.

Dale Hurd’s first trial in 1994 ended with a deadlocked jury. He was convicted in his second in 1995 and received a life sentence he was serving when a federal appeals court overturned the verdict in 2010.

Prosecutors said Hurd shot his wife because she’d filed for divorce and he did not want to pay child or spousal support.

Defense attorneys argued he was showing his wife how to use a pistol for protection when it malfunctioned.

But friends testified that Beatrice Hurd was afraid of guns, casting doubt on Hurd’s account that she wanted to learn how to defend herself with a firearm.

Rather than seek to protect his wife, prosecutors argued, Hurd was abusive and controlling toward her — and had been so for years. The physical and emotional abuse prompted Beatrice Hurd to take the children and move out of the couple’s house one month before the shooting, according to court documents. She had also started a relationship with a new man — a friend of Hurd’s — and had filed for divorce, said Dep. Dist. Atty Danette Meyers.

At the time of the shooting, a judge was within weeks of making a temporary order on custody and child support. Prosecutors said Hurd killed his wife after she wouldn’t agree to his proposed settlement, which amounted to $1,000 per month. Hurd had a six-figure salary as an accountant.

In November, a jury convicted Hurd of first-degree murder.