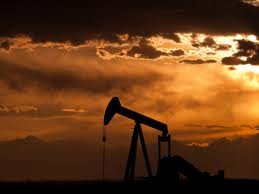 Not long ago, when the state’s legislative session’s agenda included eleven hydraulic fracturing (fracking) regulation bills, it looked like the big year for initiating protections in California. Unfortunately, only one bill remains: Senate Bill 4 (Pavley, D – Agoura). The bill would require companies to obtain a permit before starting well stimulation and order companies to notify neighboring property owners. Additionally, the state would increase well-site inspections while creating and adopting new regulations by 2015. Because current regulations limit the California government’s and public’s ability to track fracking-related activities, these measures are transparency improvements. Finally, the bill includes an independent study of fracking’s risks by 2015. There is limited information on the impacts of long-term shale fracking and best practices for California, yet fracking-related activities are already occurring. A sound study can determine whether “safe” fracking is possible given California’s geology and the health threats fracking can cause.

While Culver City needs to support the passage of a  stronger bill that would include requiring complete disclosure of chemicals used during the fracturing process and/or a moratorium until the study is completed, SB 4 provides protections and accountability that are otherwise nonexistent.