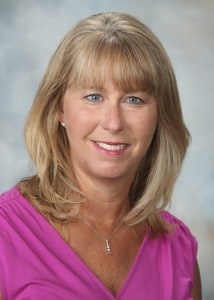 The District is proud to welcome Dr. Kati Krumpe to the CCUSD family as the Assistant Superintendent, Educational Services.

Dr. Krumpe began teaching in LAUSD in 1986 as a high school biology teacher at both Locke and Garfield High School. She later moved to Torrance Unified, taught science, wrote curriculum, and worked with the California Department of Education and piloted new state programs. She became a High School Assistant principal and then Director of State and Federal Projects.

Dr. Krumpe served as Principal of Edison Elementary School, Assistant Principal at Torrance High School, Mentor Teacher, Department Chair and Science Teacher. She is an adjunct Professor at University of Southern California and a guest lecturer at Loyola Marymount University Master’s in Administrative Leadership Program as well as a guest speaker at Loyola Marymount University Doctorate in Educational Leadership for Social Justice. She was a presenter at the Association of California School Administrators (ACSA) Curriculum and Development Academy-Categorical Programs with an emphasis in monitoring and accountability as well as a Co-presenter for ACSA for mathematics and science curriculum development emphasizing the common core math practice and next generation science standards. Dr. Kati Krumpe has her Doctorate from LMU in Educational Leadership for Social Justice. She received her Master of Arts Degree from CSU, Dominguez Hills. Dr. Krumpe was honored and rewarded District Office Employee of the Year in 2008, 2010 and 2011. She was honored with the title of Elementary Principal of the Year for two years in a row 2005 and 2006 and she was Administrator of the year in 2009.

Dr. Krumpe has had an amazing impact at Torrance Unified School District. In her former role as Director for State and Federal Projects she is credited with taken a traditional and isolated instructional learning culture to a data-driven, collaborative and student centered educational environment.

Kati Krumpe credits amazing leaders who took the time to mentor her through the various leadership positions that she has held. She is a strong believer that the vital role of an administrator is to continue the mentoring with others to provide future leaders the opportunities that she has had so that we continue to grow leaders for our schools. Kati Krumpe, is a true visionary leader and we are happy to welcome her to CCUSD. Welcome Dr. Krumpe.