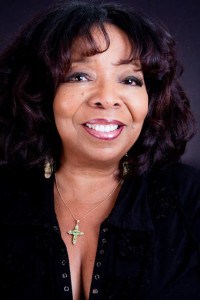 After a wonderful opening show, a change in the upcoming program; Brenda Lee Eager will be taking the place of Barbara Morrison on July 25 at the Culver City’s Boulevard Music Summer Festival.

As a solo singer, she had two minor R&B chart hits, “Good Old Fashioned Lovin'”  and “Watch My Body Talk.”  She worked as a backup singer for such artists as Ray Charles, Prince, Diana Ross, Mavis Staples and many others. She released an album, Startin’ Over, in 2000.

Eager performed in the musicals The Message is in the Music and Wild Woman Blues, in Europe with singer Maine Weldon. Since 2006, she has directed The Heaven on Earth (T.H.E.) Choir at the City of Angels Church in right here in Culver City. She has also written and performed in a one woman musical theatre show based on her own life, Grace, which premiered in 2010.