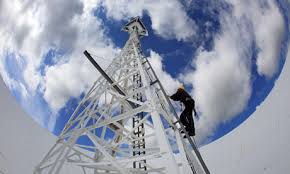 A network has been launched to promote academic research in the UK relating to the Search for ExtraTerrestrial Intelligence (SETI). The UK SETI Research Network (UKSRN) brings together academics from 11 institutions across the country. The network’s Patron is the Astronomer Royal, Professor Martin Rees. UKSRN presented its current activities and future strategy in a session and panel discussion July 5, during the UK National Astronomy Meeting (NAM) at 600-year-old St. Andrews University in Scotland.

UKSRN (http://www.seti.ac.uk) covers a broad spectrum of research topics, including potential methods for detecting signals, the linguistic challenge of deciphering messages, the probability of an extraterrestrial civilization interacting with Earth, and the longevity of civilizations.

Dr. Alan Penny, the coordinator of UKSRN said, “We hope that the existence of the network will excite interest from people in the UK astronomical community that have been thinking about SETI, and encourage them to contribute their work.”

“The first proposal to search for radio signals from extraterrestrial civilizations was actually inspired by the construction of the Lovell Telescope at Jodrell Bank,” said O’Brien. “We went on to take part in the SETI Institute’s Project Phoenix from 1998 to 2003, searching for signals from about a thousand nearby stars. At that time the equipment required to sift through the data was expensive and unusual, but our modern telescopes are potentially capable of conducting these types of observations as a matter of course.”

The e-MERLIN array, which includes the Lovell Telescope, is connected by optical fibers and spread over 134 miles from Jodrell Bank to Cambridge. This multi-telescope approach offers potential for distinguishing true extraterrestrial signals from interference generated here on Earth, a key problem for all radio SETI projects.

Dr. John Elliott of Leeds Metropolitan University is a researcher on the nature of communication: how language structure can be identified, and methods for subsequent decipherment and dissemination. He has analyzed over 60 human languages, which cover all the different types of systems, as well as non-human communication, such as robots and dolphins. Elliott believes that by understanding our analytical capabilities for communication, we can develop strategies for extra-terrestrial message discovery and understanding.

“Suppose SETI succeeds and we detect a technological beacon. Any message is unlikely to be written in Martian English, so standard decipherment/decryption techniques used by the military and security agencies are not going to help much. To put the challenge into context, we still have scripts from antiquity that have remained undeciphered over hundreds of years, despite many serious attempts,” said Elliott.

Elliott’s research focuses on whether there is something unique to communication phenomena, irrespective of the source, that makes them distinguishable from other signals in the universe. “By looking beneath the surface veneer of the arbitrary sounds and symbols used, we can ‘see’ the language machine itself: its mechanisms, constraints, and evolutionary forces of efficiency and compromise that shape it,” he said. “By understanding these structures, it should be possible to glean information on the intelligence of the message author.”