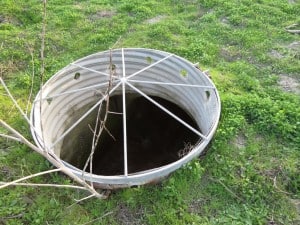 Grassroots Coalition, an organization that has long worked to protect the Ballona Wetlands and surrounding open space on the Los Angeles coast has received a copy of the June 12, 2013 California Coastal Commission notification to Playa Capital Company LLC, stating it was in violation of the California Coastal Act. The violation pertains to unpermitted development (Coastal Act Section 30106), installed in order to drain waters (see photo) of the United States, wetlands as defined under the Clean Water Act, which are located in the publicly- owned Ballona Wetlands Ecological Reserve.

The Coastal Commission is now requesting that Playa Capital LLC. comply with the California
Coastal Act and remedy the violation by:
1. removal of unpermitted development;
2. restoration of any damaged resources, and;
3. mitigate for such damages or obtain a coastal development permit authorizing the development
after-the-fact with any necessary mitigation, or some combination of the two mechanisms.
(Violation letter attached)
“We were alerted by Ballona naturalists of these devices, and once we understood their extent, we
began immediate demands to the Coastal Commission to investigate what we now have
confirmation is illegal activity on the part of Playa Vista developers,” stated Patricia McPherson,
President of Grassroots Coalition.
A system of underground drainage pipes with surface risers designed to drain the public wetlands
of ponding water is the subject of the violation. The magnitude of the damage to the public
resource caused by years of wetland draining is currently unknown. Waters naturally ponded and
recharged the groundwater aquifers prior to the illegal drainage.
“It is shocking that state agencies who are charged with protecting this now publicly-owned land
would have allowed this illegal draining of the wetlands to occur for several years now. The last
thing you should be allowed to do in a wetlands is to drain it of the water that is so crucial for
much of the life in this ecosystem,” stated Marcia Hanscom, Executive Director of Ballona
Institute.

Grassroots Coalition submitted a Public Records Act (PRA) request to the California Department
of Fish and Wildlife (CDFW), managers of the Ballona Ecological Reserve, asking for
information pertaining to the mysterious drainage devices recently discovered by the public. GC
was subsequently provided a diagram of the “as built” drainage devices.
Kathy Knight, Conservation Chair of the Sierra Club Airport Marina Group said “We have been
wondering why the wetlands have been looking so dry for years despite rains.    We are surprised
that there is no hydrology study of the impact of drainage of Ballona’s waters.  The Ballona
wetlands are part of the last 5% of coastal wetlands left in California, so it is very important to
protect them fully along with the sensitive array of wildlife that live there.”
The devices, according to Los Angeles City records, had been installed by Playa Vista developers
as part of their flood control mitigation. However, apparently Playa Vista never garnered the
necessary California Coastal Commission permission to have water drainage devices in the
sensitive wetlands. After GC provided the PRA response to Coastal Commission Enforcement
Staff, it was determined the drainage devices did not have the required Coastal Development
Permit (CDP). This constitutes a violation of the Coastal Act.
Paul Ferrazzi of Citizens Coalition for a Safe Community said, “With this new violation written
by the Coastal Commission we continue to see Playa Capital’s pattern of hubris in it’s disregard
for the rule of law and the rights of nature. This commercial real estate development project’s
negative impact on sensitive habitat continues to lead down a path to the potential destruction of
what little remaining wetlands exist for the sole benefit of financial and corporate special interests
that have identified themselves as “too big to fail”.
Robert Roy van de Hoek, biologist and President of the Wetlands Defense Fund, added his
concerns about construction of such an intricate underground piping system. “Without any public
review or ecological considerations, it is possible the construction of this system is causing more
harm than we know to the ecology of the area. There are numerous rare small mammals,
groundnesting bees and other species that live underground in this ecological reserve. The
draining of water is only one of many impacts that may have been caused by this illegal activity,
stated van de Hoek.
Grassroots Coalition is joining with other groups in seeking the immediate removal of the illegal
drainage devices, study of damages done and reparation of Ballona Wetlands.  “It is gratifying that the Commission’s enforcement officers have now issued this cease & desist
violation letter – and we urge the Commission to demand these devices be removed
immediately,” added McPherson.
Grassroots Coalition will comment before the Coastal Commission on this matter at the meeting
in Ventura California on July 10 and 11, 2013.

Editor’s Note – Bodies in the room do impress the commission. If you can attend the Coastal Commission Meeting at 8 am tomorrow. Here is the address: