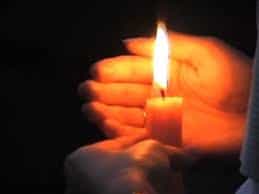 A vigil will be held Monday, June 10, at 6 pm in front of the SMC Library on the main campus. This is an opportunity to recall those we lost, to comfort those who are sad, and to share a moment of silence.

Please do not bring a candle – we have just been informed this is not a candle vigil. Just bring yourself and an open heart.

All are welcome. Please pass this invitation on to others.

The main campus is at 1900 Pico Boulevard, Santa Monica, CA 90405. Parking is available in the parking structures on Pico and the campus can also be reached by Big Blue Bus.

Jonathan Capehart in the Washington Post asked “Anyone else worried that just 2 days ago, a monster with 1,300 more rounds of ammo killed 4 & it’s barely part of the conversation this am?

The death toll from Friday’s wild shooting spree in Santa Monica, Calif., rose to five victims, allegedly at the hands of a monster identified by the Los Angeles Times as John Zawahri. The suspect’s rampage allegedly started with Zawahiri’s father and brother, who were found dead inside a burning house. Then the suspect hijacked a car and directed the frightened driver to Santa Monica College. During the ride, Zawahri allegedly fired on the full length of a city bus and on cars in the area. The gunman then took his rampage to the Santa Monica College library. In a confrontation with police, Zawahri lost out and was pronounced dead on the sidewalk.

Santa Monica Police Chief Jacqueline Seabrooks called the carnage “premeditated,” then  bolstered her assessment, saying, “Any time someone puts on a vest, of some sort, comes out with a bag full of loaded magazines, has an extra receiver, has a handgun and has a semi-automatic rifle, carjacks folks, goes to a college, kills more people and has to be neutralized at the hands of the police, I would say that that’s premeditated.”

These mass shootings are eerily familiar. The cold calculation and the calm determination of a murderer in body armor. The assault rifles, extra weapons and ammunition to inflict the most damage. And the dead and wounded who will never be the same. We saw this in Aurora, Colo., in July and in Newtown, Conn., in December. And now in Santa Monica.

But unlike Aurora and Newtown — or the mass shootings in Tucson, Virginia Tech, Fort  Hood or Oak Creek – there has been a near-national silence on the carnage in Santa Monica. There has been no hand-wringing. No exasperated expressions of “how could this have happened.” No renewed calls for gun-safety legislation. Nothing.

Yesterday, The Post’s Eli Saslow reported on the struggles and heartache of Jackie and Mark Barden. Their 7-year-old son, Daniel, was one of the 20 children killed at Newtown. Mark was the one who introduced President Obama in the Rose Garden after the Senate failed to pass a single piece of gun-safety legislation, including a background-checks bill supported by 90 percent of Americans. In Saslow’s beautifully written story about the Bardens is a crucial passage that grabbed my attention:

After the gunfire, the funerals, the NRA protests and the congressional debates, they were finally coming into the lonely quiet. They were coming to the truth of what Newtown would become. Would it be the transformative moment in American gun policy that, in those first days, so many had promised? Or another Columbine, Virginia Tech, Gabby Giffords, Aurora — one more proper noun added to an ever-growing list?

Newtown had its “transformative moment in American gun policy.” And even though it is “another proper noun added to an ever-growing list,” it won’t be forgotten.

Sadly, the same cannot be said of Santa Monica, and that speaks volumes about how numb and accustomed we have become to mass shootings.