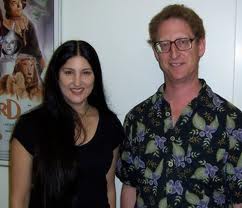 UPCC’s official statements about the candidates:

Steve Levin – Steve is a brilliant man with great insight into education. He also brings resources to the district through his role as a rocket scientist working on NASA projects. He is an award-winning volunteer and school leader. He is a great listener, has built a career working effectively in teams and is very skilled at building consensus. He has a vision for our schools that is very exciting and that embraces the new common core standards to create more project-based learning.

Kathy Paspalis – Kathy has been an important leader for parents on the school board over the past 3 1/2 years. She was a champion for parents on the district-wide parent funding of adjuncts and other positions issue. She has been a force to expand the immersion program into its logical next step in the secondary school. She has toured schools listening to parents’ priorities for the school bond. She is no-nonsense, hard-working and unafraid.

UPCC has also taken the following positions on the other two announced candidates:

· Oppose toward Robert Zirgulis’s second run at a school board seat.

UPCC will hold a fundraiser and talent show on June 9, 2013 to celebrate its one-year anniversary and raise money for its campaigns in support of candidates Levin & Paspalis as well as a proposed school bond. The “5 Months to Parent Victory Fundraiser and Talent Show” will feature acts from Culver City parents. Venue is the Elks Lodge 11160 Washington Pl, Culver City, CA 90232 Washington Place. Time is 7-9 pm. Admission, which can be purchased at www.unitedparentsculvercity.com includes a one-year membership to UPCC.

Founded in May 2012, United Parents of Culver City (UPCC) gives parents a voice in promoting an educational culture that places the interests of students before those of adults. UPCC is the only organization of parents with elected representatives at every school site in CCUSD. It is open to all CCUSD parents & community members to join and make their voice count. During its endorsement process, all candidates answered an extensive questionnaire and were then interviewed by UPCC’s Political Action Committee (PAC) which has one representative from every CCUSD school. The videos of that interview were then made available to members of UPCC’s Representative Council which also has representatives from each school site.