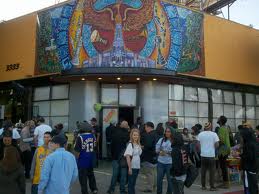 Senator Curren D. Price, Jr. lauded the Los Angeles Metropolitan Transportation Authority’s approval Thursday of $80 million for the construction of a rail stop in the historic Leimert Park Village on the Crenshaw Line.

“The construction of the Leimert Park Station will be an additional tool for economic revitalization in this historic neighborhood in South Los Angeles,” said Senator Price. “It is vital to the preservation of this cultural hub in the heart of the Crenshaw District. I’m pleased the Board recognized its importance.”

Because of its economic and cultural significance, the construction of a Leimert Park station had broad support from various elected officials, community and business leaders including Senator Price and Supervisor Mark Ridley-Thomas, who introduced the original motion.

Two years ago, the MTA Board denied the funding citing costs that might not fit into the budget allotted for the rail line. However, Supervisor Ridley-Thomas brought forth the motion again; this time with the support of Mayor Villaraigosa, and the Board voted to approve funding for the Leimert Park Station.

The $1.7 billion Crenshaw Line, connecting the Expo Line in South LA to the Green Line near LAX, is scheduled to open in 2018.

The Board’s approval comes on the heels of the LA City Council’s approval of $40 million on Wednesday.
Officials have now approved $120 million for the Leimert Park station: $80 million from Metro, which will come from the Government/General fund; and $40 million from the Los Angeles City Council, which will come from local returns from Measure R, the half-cent sales tax for transportation projects.
The 8.5-mile line would run south from the Expo Line at Exposition Boulevard along Crenshaw Boulevard through Inglewood, terminating at the Green Line near Los Angeles International Airport.
Metro is scheduled to select a contract for the project at the board’s June meeting, Villaraigosa’s last after being termed-out as mayor. Mayor-elect Eric Garcetti will become a director July 1.