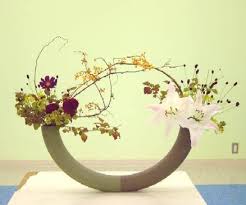 My mother died seven months from the age I am right now. That event of twenty-seven years ago caused some radical changes in my life that have continued to this day. I developed an urgency to see and do as much as possible while on this earth.

Mom got sick just before a planned trip together to Hong Kong. She never made it to Hong Kong. In 2008, a year before my father died without visiting St. Petersburg, Russia, (which had, by then, changed back to St. Petersburg from the Leningrad I’d grown up with). So, I sat down with a friend and made up a “bucket list” of must-see destinations. I have begged (forgiveness from various other commitments) borrowed (money) and stolen (time) to visit, since 2008: Australia, Turkey, Poland, Vietnam, Cambodia, Argentina and Brazil, plus return trips to Japan, Israel, Italy, Singapore, and a few never-visited US destinations including Washington DC and Tucson, Arizona. Still on the docket: India, Prague, Budapest, a Mediterranean cruise, and then, going back to a litany of places where I have unfinished business; Israel, Poland, Italy, always Japan, and the list goes on.

My mom was more of a homebody. My dad made us travel (to Europe, in 1973) as a family. He had no interest in American destinations, and ridiculed my trip to Australia from his sick bed, “No history!” he spat at me, in Bronxese. My mother never totally understood my fascination with Japan, although she did come to visit me during two of my incarnations there. Still, she was proud of how well I could speak Japanese, and she used to tell people that she had a daughter who was “Jewpanese.”

So, I have a lot to say about my travels, about my love of Japonica and Judaica, and about various aspects of my careers and life. On my most recent trip, to South America, I posted on Facebook:

“Here’s what is great (for me) about Sao Paolo: it is a place where both Japanese and Jewish culture thrive; like Los Angeles. I don’t think there are many other places on earth where BOTH cultures are as accessible.”

What started as a comment became a much longer thought.

In terms of locations, the major metropolises of San Francisco, New York, Chicago and London all have vibrant Japanese and Jewish communities. My beloved cities: Tokyo and Tel Aviv, each represent a city’s worth of Japanese and Jewish culture. Sao Paolo has about half a million people of Japanese descent, with similar figures for Jews in Los Angeles. There are fewer Jews than Japanese in Sao Paolo and fewer people of Japanese descent in Los Angeles than Sao Paolo, but, both are prominent minorities in the respective cities. What I am trying to say is not abut the cities themselves, it is about what I feel the presence of these cultures bring to a city.

As a lifelong Japanophile and Judeophile, I’m forever comparing and contrasting the two cultures in my own head, and with similarly oriented friends. I’ve been trying to find the thread that inexorably ties me to these cultures, having spent over a half century of life immersed in both. I am Jewish, to start with, but I’m not “just” an observant Jew; I’m an activist against anti-Semitism, an ardent Zionist, and a lifelong student of Jewish history.

In terms of Japanese culture, I am fluent in the language, I lived in Japan over ten years, and I can submit, at any time, three different career resumes corner-stoned by my expertise in the language and culture.

So why might someone like me feel comfortable in places, or amongst people, where Japanese and Jewish cultures are, if not dominant, overrepresented?

I’ve come to believe that there is a common essence at the core of the two cultures that contribute to lifting a society to a, sort of, “Nth” degree…to 120%. With case studies such as the art, music, poetry and theatre that Jews continued to produce through the ghettos and even death camps during the Holocaust, to the “Arigato” concert attended last year here in Los Angeles, presented by disaster wracked Japan after last year’s tsunami. Both cultures, Japanese and Jewish, are driven by a desire to revel in, re-create , and perhaps even attempt to perfect, the here and now.

Jews are known for their philanthropy and patronage of the arts. Los Angeles is one of the most desirable places for the rich and famous to live, no doubt, because of the great weather, and it’s mountains and seaside. But the draw is and has been Hollywood, the film business that was created by Jewish immigrants from New York. The Japanese, on the other hand, have given to the world their seeking of perfection in everything from arranging a limited number of flowers to add color and sense of the outdoors and nature to a small space (ikebana), to describing a moment in time in a limited number of lines and syllables (haiku). More recently, Japanese manga and anime are realistic, yet idealistic facsimilies of life.

What I see and feel in both cultures is intensity. This intensity is particularly palpable when I’ve been involved in projects where members of the Jewish or Japanese community (or both) are engaged in the pursuit of making the community or society as a whole, better.

This brings me to the crux of the matter. The attractive, addictive, intensity that drives the Japanese and the Jews can be found in these two phrases: “Tikkun Olam” the Hebrew phrase and Jewish theological concept of “healing the world,” and, the world-renowned Japanese management concept: “kaizen,” or, “continuous improvement. These two concepts often create an atmosphere, within the Japanese and Jewish communities, to have a certain seriousness of purpose and commitment to change for the better. When people gather together with a sense of purpose, to creating something new, a hopeful and positive society develops, and flourishes.

In my next post, I plan to write about how my exposure to the concepts of “kaizen” and “Tikkun Olam” helped me create a unique educational program for gifted (and, ultimately all) students at my school (Culver Cityh Middle School) and school district.