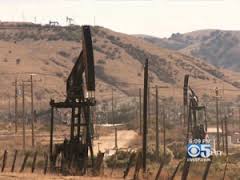 Three bills that would halt fracking in California won key votes last week in Sacramento, passing the Assembly’s Committee on Natural Resources despite intense pressure from the oil industry.

One of the three bills, A.B. 1323, was authored by Assembly Member Holly Mitchell, whose 54th District includes Culver City. Local residents opposed to fracking had met with and educated her for more than a year.

Assembly Member Mitchell’s bill, as well as bills by Assembly Member Richard Bloom, the former mayor of Santa Monica, and Assembly Member Adrin Nazarian, from the San Fernando Valley, would place a moratorium on fracking while threats posed by the controversial practice to California’s environment and public health are studied.

Paul Ferrazzi, who along with Gary Gless co-founded Citizens Coalition for a Safe Community, praised Mitchell’s bill: “We believe AB 1323 is extremely well-written. It takes into account all of the issues that the environmental community has identified as being related to the use of hydraulic fracturing for oil and gas production. Her bill includes the use of multi-agency and independent review before moving forward with a process that has the potential to damage both urban and rural California,” Ferrazzi said.

Michelle Weiner, who serves as both chair of Transition Culver City (TCC) and a member of Assembly Member Mitchell’s Environmental Cabinet, stated that she and fellow cabinet members have kept fracking high on their list of priorities for at least a year and a half. “Holly has been aware of the special situation created by having the largest urban oil field in the country within her district,” Weiner said. “We have dialogued with Holly about the need to protect the health and safety of the children living and going to school adjacent to the oil field. This goal, to protect children and families, is her highest priority.”

Neurologist Khin Khin Gyi, president of the Culver Crest Neighborhood Association and currently a board member of Citizens Coalition for a Safe Community, indicated that she too was pleased to learn that Mitchell’s bill had passed the Natural Resources Committee. In addition to speaking out about the health hazards of fracking in numerous other forums, she, along with members of the community, had traveled to Assembly Member Mitchell’s office three times to lobby for anti-fracking legislation.

Asked her greatest concerns about fracking, Gyi listed “the use of millions of gallons of water that would be shunted for fracking in a drought-riddled region, away from the breadbasket of the state; and the irreversible pollution of the air, water and land resources with carcinogens that would be with us forever.”

Oil and gas wells have been fracked in at least nine California counties without fracking-specific regulation or even monitoring by state oil and gas officials. Fracking, also known as hydraulic fracturing, employs huge volumes of water mixed with sand and toxic chemicals — including known carcinogens — to blast open rock formations and release previously inaccessible fossil fuels.

Fracking is linked to air and water pollution and releases large amounts of methane, a dangerously potent greenhouse gas. About 25 percent of fracking chemicals could cause cancer, according to scientists with the Endocrine Disruption Exchange.

The huge volume of water used and contaminated by fracking is a critical issue for drought-ridden states like California. A new report from the Western Organization of Resource Councils estimates that fracking consumes about 7 billion gallons of water in four western states where fracking has become widespread. The report, titled “Gone for Good,” warns that water consumption by the oil and gas industry “simply cannot be sustained.”

Fracking also pollutes the air by releasing dangerous petroleum hydrocarbons, including benzene, toluene and xylene. It can also increase levels of ground-level ozone, a key risk factor for asthma and other respiratory illness. Air pollution caused by fracking contributes to the risk of asthma, cancer, and other health problems in people living near fracked wells, according to a Colorado School of Public Health study.

Questioned last week, Michelle Weiner spoke of the countless Culver City fracking activists who have been working toward a ban or moratorium, primarily behind the scenes. “It speaks to the health of our democracy that hundreds of residents are becoming informed and taking action,” Weiner said. “When we united to act locally for the benefit of our communities, we inspire, build our numbers and accomplish great things. It’s our legacy for the next generation.”

The three Assembly bills will next be considered by members of the Assembly Appropriations Committee.