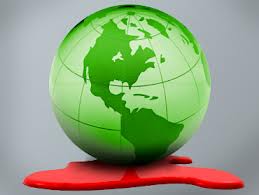 The Safe Routes to School National Partnership is pleased to let you know that the California Air Resources Board recently released its three year Draft Investment Plan (DIP) which outlines a proposal for how California should spend revenues generated by Cap and Trade.

It’s an environmental win-win-win; reduce pollution, generate income and spend those funds on educating our city towards a healthier lifestyle with more walking and biking, and less traffic.

Cap and trade is the most environmentally and economically sensible approach to controlling greenhouse gas emissions, the primary driver of global warming.

The “cap” sets a limit on emissions, which is lowered over time to reduce the amount of pollutants released into the atmosphere.

The “trade” creates a market for carbon allowances, helping companies innovate in order to meet, or come in under, their allocated limit. The less they emit, the less they pay, so it is in their economic incentive to pollute less.

Some companies will find it easy to reduce their pollution to match their number of permits; others may find it more difficult. Trading lets companies buy and sell allowances, leading to more cost-effective pollution cuts, and incentive to invest in cleaner technology.

Unlike with some pollutants, all CO2 goes into the upper atmosphere and has a global — not local — effect. So it doesn’t matter whether the factory making the emission cuts is in Boston, Baton Rouge, or Berlin, it reduces global emissions.

This is a major win for advocates across the state who have been working tirelessly to turn speakers out to meetings, work with their local agencies, and educate elected officials on the importance of active transportation for achieving greenhouse gas reductions and improving public health.

But, the Draft Investment Plan does not specify how much, if any, funding will go to these programs. This decision will be made by Governor Jerry Brown’s administration and set forth in the May Revise of the state Budget.

We need your  to sign on to this petition by April 30 and tell Governor Jerry Brown that at least 15 percent of the transportation revenues generated from cap-and-trade should be dedicated to active transportation!

Get more information  and get involved saferoutescalifornia.wordpress.com/2013/04/23/sign-on-to-secure-cap-and-trade-revenues-for-active-transportation-2/#more-6998!