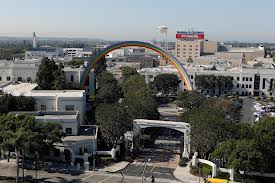 Financial services firm Morgan Stanley is out with a new poll of Los Angeles-area investors on what they think about the local commercial development economy, and the results are … not at all surprising. According to Eve Bachrach at Curbed, “Nearly half of Los Angeles investors see a development boom in Downtown LA (47%) and Beach Cities (44%). Entertainment-centered Culver City is seen as the next development boom by a smaller proportion (29%),” according to a press release. Even more (54 percent) see a bright future for the transportation sector. Which, with the Expo Line Phase II, Purple Line, Crenshaw Line, Downtown Streetcar, Gold Line Extension (and 36 more) planned or in the works, is probably a safe bet. Meanwhile, the investors are sour on entertainment investments, as well as on tourism. Yep. Pretty much the only surprising thing is that “investors say they are unaffected by the emerging local-tech sector.”

Culver City may prove them wrong on that, but that wouldn’t be surprising either. With 53 companies listed as ‘information technology’ currently in Culver City there’s room for growth in that sector as well.