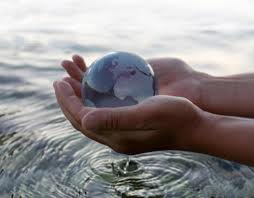 Join Culver City and Mayor Andrew Weissman for The Second Annual National Mayor’s Challenge for Water Conservation. All thru the month, April 1-30, 2013, is a friendly, community-based competition between cities across the nation to see who can be the most “water wise.” Presented by the Wyland Foundation and Toyota, with support from the US EPA, National League of Cities, CH2M Hill, Rainbird Corporation, US Forest Service, and Lowe’s Home Improvement Stores, mayors and civic leaders nationwide are challenging their residents to conserve water, energy, and other natural resources on behalf of their city through a series of informative, easy-to-use online pledges. The Earth Month initiative will reward residents from cities with the highest percentage of participants with hundreds of environmentally friendly prizes, including a Toyota Prius c, water-saving fixtures and gift certificates to Lowe’s stores.

In last year’s challenge, residents from 1,000 cities in all 50 states pledged to save a total of 4.7 billion gallons of water over the next year, with a potential cost savings of $11.6 million. Residents further pledged to reduce their use of single use plastic water bottles by 1.1 million bottles and eliminate 60,000 pounds of hazardous waste from entering watersheds.

What will your impact be? Start here… www.mywaterpledge.com

Now more than ever we need to challenge ourselves to manage our natural resources more wisely. The National Mayor’s Challenge for Water Conservation gives people a simple way to learn about the importance of water conservation – and show their neighbors that making a few small changes can have a big impact.