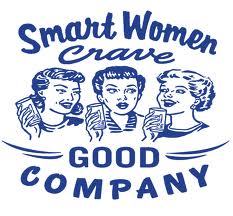 Whenever I attend a council meeting – or any other government function – there are lots of suits and ties. Women are not absent, but they are visibly in the minority.

At the council last night, we began the meeting by noting the passing of Britain’s only woman Prime Minister Margaret Thatcher; a woman who, having gained her seat at the table of power, never let another woman in the room. I didn’t see a look pass between Council member Meghan Sahli-Wells and City Attorney Carol Schwab, but they might have been thinking the same thing; Thatcher-? female- ? Under what criteria ?

I was sitting in a small square of audience, cornered by Crystal Alexander. and Disa and Margaret Lindgren. It was almost a shared cartoon-speech balloon; wait – Thatcher was a woman ? I thought of a giggling echo of the infamous ‘Calvin Coolidge is dead’ retort – How can they tell ?

Thatcher got her political foot in the door as a ‘token’ woman- a position she then refused to anyone else. She was noted for despising feminism, for the same reason the Supreme Court Justice Clarence Thomas is said to despise affirmative action – People think you didn’t get here by being smart, just by being ‘other.’

Isn’t it smarter to include everyone, to reach out to each “other” ?

When I was studying philosophy at Antioch University (while Prime Minster Margaret Thatcher was selling England by the pound) the theories of Harvard’s Lawrence Kohlberg were much in vogue. His stages of moral development took up the cartoon balloons above many coffee house conversations. But the hinge was often shifted from one stage to another by people feeling that individuals or society were more reflective of  morality. There seemed to be a demarcation between people who thought it was better to be responsible, and people who thought it was more important to be inclusive. Were the guideposts to be rights, or relationships ?  Often, surprisingly often, the ‘inclusive’ side of the debate was female.

One of Kohlberg’s students, Carol Gilligan, came out with her book “In a Different Voice,” speaking to the idea that men and women have different moral standards. Not “we are right and therefore you are wrong,” but we are different. These differences need to be valued, and not dismissed.

At the end of the evening, Crystal considered that once again, she was the only woman on a committee. I offered that I was glad she could do it. We need more women in our government.

Happily, the good men that we have on the council are inclusive thinkers, and while our record for gender diversity is not great, it has no major obstacles towards improving.

Thatcher might have been a political giant, but she was a moral midget. The changes she fostered advanced individual power, and injured society. There was no suit-and-tie minister more patriarchal than she. The force with which she denigrated and dismissed other women highlighted her insecurities and lack of empathy. You are assured of being the smartest chick in the room when you are the only chick in the room.

Happily, the women in Culver City’s government, be they elected, hired or appointed, do support each other, and by extension, all the women in the community.

As Mark Twain said, “Keep away from people who try to belittle your ambitions. Small people always do that, but the really great make you feel that you, too, can become great.”

Elections will be rolling around again soon. Be the change you want to see in the world. There is no upward limit on how many smart women we can elect.