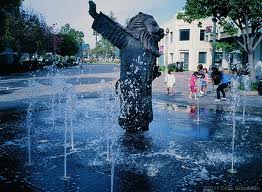 Mayor Andy Weissman offered “Let’s go for the tried and true method, that one seems to work.”

The Culver City City Council met on April 8 to take care of some business; getting greener, and more secure. It does seem to work rather well.

Sherri Jordan of the City’s Planning Division spoke to the meeting about the new website to get info about the Inglewood Oil Field, www.culvercity.org/en/inglewoodoilfield/DiscussionDraft.aspx  Set up to garner public comments in regard to ‘upgrading’ the City’s drilling policies, comments need to be submitted before June 3, (click now and get to it) so that they can be part of the process.

Weissman noted that “this has been five years just to get to a draft so we can have public reaction. This is a tremendous day, our thanks to [staff] for getting us there.”

The decision to make physical changes to the downtown district with the Safe Routes to School grant funding was passed, after a presentation by Transportation Director Gabe Garcia detailing the plans intersection by intersection.  A number of downtown dwellers spoke to the public hearing on the benefits of the changes. Jim Shanman of Walk ‘n Rollers made a statement in favor, as did  Yvonne McLauchlan pf the Hiking Vikings of Lin Howe.

While Garcia noted that most of those in the neighborhood who commented to his office were against the project, those in the audience on Monday evening were deeply enthusiastic about the proposed changes.

Leah Nico, a first grade teacher at Lin Howe, spoke in support saying “This will be good for Lin Howe, but it will also be food for the whole neighborhood, and the whole city.”

No one was more inspiring than Katherine Wolf, who hoisted herself from her wheelchair to use the podium. As stroke survivor, she spoke passionately of how wonderful it was to be able to walk her son to school, and that that proposed improvements would make it even easier for her and other disable users to access the sidewalks downtown. “That I can walk is amazing; that this city will make it even better for me is just so wonderful, I can’t thank you enough.”

After the unanimous vote in approval, the project must return to the council one more time, and Garcia hoped that “it could be completed in time for the upcoming school year in September. ”

Council member Meghan Sahli-Wells commented” It’s about getting people out of their cars. Anything we can do to reduce the traffic will help us all.This is about a tremendous health issue [obesity] and when we start with kids we are teaching them a healthy lifestyle that will last thier whole lives.”

With six seats to appoint to the Financial Advisory Committee, the council discussed using a number of option to fill the slots, but Mayor Weissman came back to “tried and true.” Each council member was asked to submit three names, and then they would select the most popular for the committee.

While there was some further confusion as to who had how many votes at the end of the first round, Assistant City Manager Martin Cole finally got the grid in proper order. A bit of lobbying fell to favor the candidates present in the chambers for the meeting, and the final slate showed Crystal Alexander, Alejandro Lara, Steve Reitsfeld, Rich Hibbs, David Travado and Goran Eriksson representing business and residents, and Desmond Burns,  Alan Asran and Sean Kearney representing the city and the school district.