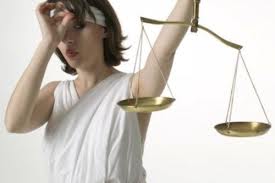 The State Bar of California has recommended disbarment for Culver City attorney Gregory Stannard concluding that the amount of money he took from clients outweighed the emotional problems he was suffering at the time.

The bar’s appeals department, in two February 7 opinions, found both that Gregory Fulton Stannard, a solo practitioner in Culver City, Calif., and Karl Werner Schoth, formerly at Schoth Creyaufmiller & Associates in Glendora, Calif., had misappropriated “large sums of money” from clients. According to Law.com. Both have been on inactive status since last year pending the bar’s recommendation.

In both cases, the final decision lies with the California Supreme Court.

Stannard, 56, was accused of taking more than $68,000 from three clients between 2008 and 2011. A personal injury attorney, he used the money from client settlement accounts to pay personal expenses, such as therapy and his child’s private school tuition, the opinion said.

Stannard admitting taking the money but argued against disbarment on the ground that his conduct was “aberrational,” due to emotional problems related to his failed marriage, his father’s death, his mother’s cancer diagnosis and subsequent death, and the foreclosure on his home. He repaid the money and showed remorse, the opinion said, acknowledging testimonials on his behalf and his pro bono representation of eight domestic violence victims.

“Although we do not discount Stannard’s emotional difficulties or his other factors in mitigation, these factors are not sufficiently compelling and do not predominate when weighed against his serious misconduct and aggravating factors,” the panel wrote.

Stannard, is a graduate of Southwestern Law School, was admitted to practice in California in 1983. He did not return a call for comment.

Edward Lear, a partner at Century Law Group in Los Angeles who has represented both Stannard and Schoth in bar matters, did not return a call for comment.