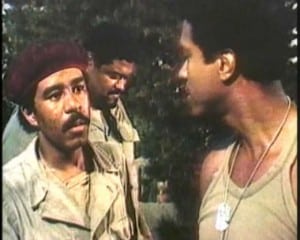 Celebrate Black History Month with a screening of Black Brigade at Mayme A. Clayton Library and Museum. This T.V. movie first captivated audiences on January 27th, 1970 as the ABC Movie of the Week. The film stars Stephen Boyd as Capt. Beau Carter serving in World War II. Carter is sent to defend a crucial dam from the Nazi’s in the final days of the war. Tensions arise as the prejudiced captain lacks faith in his all-black service unit, but Lt. Wallance, played by Robert Hooks, helps unify the unit for battle. The film also features Roosevelt Grier, Susan Oliver, Moses Gunn, and Richard Pryor. After the film there will be a discussion of this rarely shown big film made for the little screen.