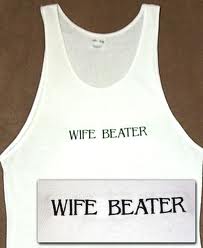 When the vote passed with five ayes, I was appalled. At the council meeting last Monday night, Jan. 28, our reps voted to start the process to re-name Bush Way ( a small conduit street off of Sepulveda)  as “Albert and Ursula Vera Way.”

Excuse me ? We are going to post a sign to glorify the most corrupt official in living memory ? How about the sickest marriage anyone around here can recall? We are naming a street after these people ?

The way the agenda item swept through was a note of warning in itself. No one even read it out loud. Discussion was limited to Jeff Cooper asking if there was any reason that the street was named Bush Way; his recollection as a former resident in the area was just that there was a lot of shrubbery.

Everyone voted in favor – eyes cast down, no reasoning, no critique.

Yes, it’s true that Albert Vera gave away a lot of sandwiches. While some people might claim it was his generous nature, those he really knew him could tell you there wasn’t a generous bone in his body. It was  a calculated move to garner support. If you took his food, you owed him – just that simple.
Beyond that ? Well, he did hire an extremely unpopular police chief from another force to go over the long-expected promotions of those who dared to arrest his son for breaking the law. He made a cruel mockery of his marriage with one mistress after another. Anyone who lived near them can count years of violence and screaming fights. He funded a newspaper (which is still in business under the generosity of the family’s largesse) just to compete with Glenn Esterly, a man who was very committed to honest local news. There are probably another dozen items we could remember Albert for, but that’s a good sample. Albert Vera wasn’t contributing all that food out of any goodness of his heart – he was buying your loyalty and your vote.

I did not know the man personally except in passing. After his death, many people came to me with stories about him that were truly sickening, I can’t imagine I’ll ever publish them here – they might be history, but they are not news.

So, how should Culver City remember this corrupt, bullying, wife-beater ?

Let’s name a street after the guy.

While I can personally extend a lot of empathy to a woman who feels trapped in an abusive relationship, women have the legal right to divorce, and whatever kept her in that state of matrimonial misery, it was her decision.

I know that women of previous generations – even those who had the legal right – may have felt too much social pressure, or too much financial fear, or had the idea that their religion required them to stay in a horrible marriage no matter happened.

She may have been truly afraid that her abusive spouse would kill her if she tried to leave. Women die every day at the hands of their husbands and lovers.

What we should name after Ursula Vera is a battered women’s shelter. Maybe we could add the Ursula Vera wing to the Upward Bound House on Washington.

On a personal note to Albert, Jr.; If you feel like having a laugh, I’d be happy to compare your crazy parents to my crazy parents anytime. I’ll bet I can see you and raise you on some amazing behavior that can’t have had even a shred of thought for anyone else behind it. As I get older, I feel  less judgement and more compassion towards my parents, because if they thought about what they were doing, they wouldn’t have done that. The fear of power and the power of fear have left us all with some scars.

But the street name is in process. It will be coming up to a final vote sometime in the next few weeks. Beastly, brutal Albert and sad, sick Ursula – they get a street named after them. How poignant.

Whatever inspired all five of our council reps to agree on this one, it smells bad, and it leaves a nasty stain on some pretty nice voting records.

Perhaps we will be putting up a signpost – right in front of the derelict ruin of a fast-food restaurant. Not good city policy, but it might be a  great photo. We could run it with the caption “What Culver City Shouldn’t Be Proud Of.”