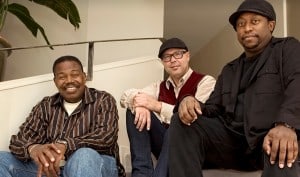 It’s not often that three musicians with such rich backgrounds – playing with trumpet legend Miles Davis, The Rolling Stones among many others –  join forces to play on the same stage for a concert. Culver City and west side residents are the lucky recipients of this one-of-a-kind concert, as the Jazz Bakery brings together Darryl Jones, John Beasley and Ndugu Chancler for a special performance at the Kirk Douglas Theater called 3 Brave Souls on Friday, February 8th.

The name 3 Brave Souls refers to three generations of Miles Davis’ band alumni and the name of a brilliant progressive jazz-funk disc put out by these three veteran musicians in 2012, which has been hailed by critics and fans alike. Pianist John Beasley is a consummate musician composer and music director who has played with everyone from Chaka Khan, James Brown, to Steely Dan among many others.

Bassist and vocalist Darryl Jones is best known for his work as a touring member of the Rolling Stones, ever since Bill Wyman stopped performing with the legendary rock group. Jones also has spent time plucking the strings for Sting, Michael Jackson, Madonna, Eric Clapton and Peter Gabriel. And rounding out this amazing group of players is drummer Ndugu Chancler. The distinctive drums on the King of Pop’s “Billie Jean,” is one of many credits that Leon “Ndugu,” Chancler has on his long resume of credits. Chancler contributed four songs to 3 Brave Souls CD however, he’ll be replaced on drums for the concert by Ronald Bruner Jr.

Special guest vocalists Dwight Trible, (who had a memorable performance during last summer’s concert series in Culver City) and Nayanna Holley will also be in attendance to lend his unique vocal styles to the show. The Bakery will also be presenting another special concert on Saturday, January 19th, with the Freddy Cole Quartet. Cole is a legendary pianist and vocalist whose brother Nat King Cole became one of the most enduring and recognizable jazz vocalists on the planet. Beasley also has a Wednesday night residency going on at the Blue Whale club in downtown Los Angeles throughout the month of January. Ticket information and the full slate of Jazz Bakery shows can be found at jazzbakery.org

A full slate of live jazz can also be found not far away in a new club on Lincoln Boulevard in Venice called the RG Club. Saxophonist Azar Lawrence, who has played with legendary pianist McCoy Tyner and trumpeter Freddie Hubbard, is on RG’s stage many nights with his quartet. Also performing in January is talented guitarist Julian Coryell, whose dad Larry is a well known musician who has recorded and played with Steely Dan and led his own group.

Open since November, the RG Club is slowly making a name for itself by providing a comfortable setting for live jazz in a historic building from 1932. Owner Brad Neal, who worked in real estate prior to opening the club, is a jazz fan himself and that always bodes well for a solid relationship between musicians and patrons alike. More info on their calendar and the club can be found at www.rgclubvenice.com/.

Listen to a sample of 3 Brave Souls – “Wanna Get Away” 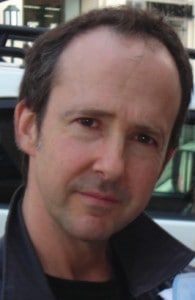 Editor’s Note – Crossroads is delighted to have the musical ear and observations of Jonathan Weiss, and he’ll be writing about music and more. If you have thoughts about music or dates for performances you’d like to share, please get in touch at [email protected]