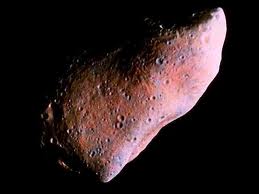 Deep Space Industries has announced plans to send a fleet of asteroid-prospecting spacecraft out into the solar system to hunt for resources to accelerate space development to benefit Earth. These “FireFly” spacecraft utilize low-cost CubeSat components and get discounted delivery to space by ride-sharing on the launch of larger communications satellites.

The announced was made Jan. 22 at Santa Monica’s Museum of Flying.

“This is the first commercial campaign to explore the small asteroids that pass by Earth,” said Deep Space Chairman Rick Tumlinson (who signed up the world’s first space tourist, led the team that took over the Mir space station, was a Founding Trustee of the X Prize, and Founded Orbital Outfitters, the world’s first commercial space suit company.) “Using low-cost technologies, and combining the legacy of our space program with the innovation of today’s young high-tech geniuses, we will do things that would have been impossible just a few years ago.”

FireFlies mass about 55 lb and will first be launched in 2015 on journeys of two to six months. Deep Space will be building a small fleet of the spacecraft using innovative miniature technologies, and working with NASA and other companies and groups to identify targets of opportunity.

“My smartphone has more computing power than they had on the Apollo Moon missions,” said Tumlinson. “We can make amazing machines smaller, cheaper, and faster than ever before. Imagine a production line of FireFlies, cocked and loaded and ready to fly out to examine any object that gets near the Earth.”

Starting in 2016, Deep Space will begin launching 70-lb DragonFlies for round-trip visits that bring back samples. The DragonFly expeditions will take two to four years, depending on the target, and will return 60 to 150 lb. Deep Space believes that combining science, prospecting and sponsorship will be a win/win for everyone, both lowering costs for exploration and enabling the public to join the adventure.

“The public will participate in FireFly and DragonFly missions via live feeds from Mission Control, online courses in asteroid mining sponsored by corporate marketers, and other innovative ways to open the doors wide,” said CEO David Gump, whose earlier ventures include producing the first TV commercial shot on the International Space Station for RadioShack as well as co-founding Transformational Space Corp. (t/Space) and Astrobotic Technology Inc.

Bringing back asteroid materials is only a step on the way to much bigger things for DSI. The company has a patent-pending technology called the MicroGravity Foundry to transform raw asteroid material into complex metal parts. The MicroGravity Foundry is a 3D printer that uses lasers to draw patterns in a nickel-charged gas medium, causing the nickel to be deposited in precise patterns.

“We will only be visitors in space until we learn how to live off the land there,” concluded Tumlinson. “This is the Deep Space mission—to find, harvest and process the resources of space to help save our civilization and support the expansion of humanity beyond the Earth—and doing so in a step-by-step manner that leverages off our space legacy to create an amazing and hopeful future for humanity. We are squarely focused on giving new generations the opportunity to change not only this world, but all the worlds of tomorrow. Sounds like fun, doesn’t it?”

Video of the announcement: www.deepspaceindustries.com