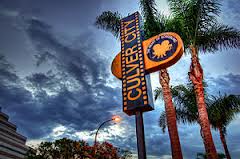 Here are some highlights from the City Council meeting of January 14, 2013.

• Presented Certificates of Recognition to Distinguished Visitors from the City’s Sister Cities in Canada, Mexico, Japan and Korea.

• Received a Presentation from Southern California Edison Regarding the City’s Obtaining Silver Status as a California Green Community.

• Adopted a Resolution Authorizing the City Manager to Submit a Cal Fire Urban and Community Forestry Management Plan Grant Application in the approximate amount of $75,000 for the Culver City Urban Forest Management and Tree Succession Plan.

• Considered the Community Development Block Grant Fund Allocation for Fiscal Year 2013/2014, Adopted a Resolution Authorizing the Filing of an Application for Funding, and Approved a Reimbursable Contract with the County of Los Angeles in the approximate amount of $193,000 Concerning Culver City’s Allocation.