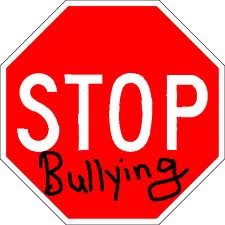 Being Bullied as an Adult —

Recently a story regarding newswoman Jennifer Livingston, became national news when she responded on television to address a man who had attacked her via email about her weight. (www.huffingtonpost.com/2012/10/03/jennifer-livingston-news-anchor-today-show_n_1935779.html) The man made a personal attack on Ms. Livingston by suggesting that she was a poor role model for young girls because of her weight. He went on to say, “Obesity is one of the worse choices a person can make.” Ms. Livingston accused the man of bullying her. I found myself questioning the difference between “hate mail” and “bully” mail? Why was the man’s words considered bullying versus just a fan who didn’t like the newscaster?

I thought about children I know who have sustained bullying at their schools. Are there different forms of bullying? My own son was bullied and I knew a kid who got pretty screwed up with drugs after being bullied about being gay in middle school.

Is adult bullying different than it is for children? When I disagree with another adult, does my need to be “right” become another form of bullying?

After Ms. Livingston’s experience, I realized that I had been the victim of bullying. Someone I worked with was very insulted by something she perceived I did. I wrote a letter of apology to her, but she didn’t except my apology because she didn’t think I apologized to her standards. She then began to fire off a litany of complaints about me in two further letters. The complaints were highly personal in that she repeated things I had divulged, twisted the facts and then attacked me personally for what I had shared. Then she threatened to have my employer make me apologize.

For me the difference of the “hate mail” versus the “bully” mail (I’ve had both) was that the bully letters tried to evoke my pain and my fear. It wasn’t just that the person was angry, it was that person was trying to cause me pain and to cause me to be afraid.

Who gave bullies the right? I mean we can look at kids who bully and think many psychological explanations for their behavior., But with adult bullies, how are we supposed understand their behavior? Is it simply they were bullies as kids and they grew up to adulthood? Is it their need to be right? Is it a form of feeling powerful? Why didn’t anyone stop them along the way?

Is it the methods of how adults complain, voice opinions, or demand that others listen that has become inconsiderate, rude and childlike? Somehow the “norm” of getting some people’s needs met is really about “It doesn’t matter how you feel, I feel bad and you need to be responsible for how I feel-no matter the outcome.”

So am I ever the bully? Do I engage in behavior to get my way that is inconsiderate and causes others pain and fear? I hope not. I may unintentionally hurt someone, but it isn’t my intention to do so. I can apologize and I can try to do better in the future.

How do we stop adult bullies in their tracks? The Newswoman chose to read the letter on the air, and then respond. I took my son out of his school and home schooled until I found a better situation. I reached out to my boss to intercede with the other person.

I am grateful for a practice of Non-Violent Communication because I do not want to respond in kind to the bully. I want to keep myself grounded and ask for help when I need it. I want to remember that when I feel angry at someone else, I am not going to make it ugly by launching personal attacks to make me feel better.

Lastly, I am going to walk away from the bully.