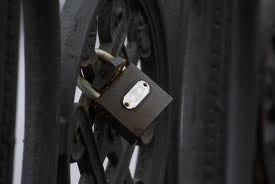 Crime Blotter for October 30th through November 5th.
Commercial Burglary:
On October 30, 2012 at 8:15 pm, a victim called the police department to report he was a victim of a burglary. The victim said he locked and secured his property in the 3800 block of Culver Center Street at 6:45 pm. When he returned at 8:10 pm he discovered his lock had been removed and his property missing.
Stolen Vehicle:
On October 31, 2012 at 12:42 pm, officers responded to the 4000 block of Minerva Avenue regarding a stolen vehicle investigation. The officers met with the R/P who told them the following; he said his brother left his 1999 Toyota with him while he went on vacation. The R/P said the car was locked and secured on October 30th and when he returned the next day he discovered the car missing.
Residential Burglary:
On October 31, 2012 at 6:25 pm, officers responded to the 6000 block of Buckingham Parkway regarding a burglary investigation. The officers met with the victim who told them the following; she said she locked and secured her residence at 9:25 am and when she returned at 6:20 pm discovered her front door unlocked and her property missing.
Street Robbery:
On November 1, 2012 at 9:05 pm, officers met with a victim at the police department who was a victim of a robbery. The victim told the officers the following; she was walking near the intersection of Braddock Drive and Huntley Avenue at 10:10 pm when she was approached from behind by the suspect who attempted to grab her purse. The victim was able to hold on to her purse and the suspect fled the area. The suspect was described as a male White, 18-24 years of age, short brown hair, wearing a sweatshirt and black baseball hat.
Vandalism:
On November 4, 2012 at 11:40 am, a victim called the police department to report her business was vandalized. The victim said her business is located in the 9400 block of Culver Boulevard and she left the location at 3:00 pm. When she returned at 11:30 am, she discovered the graffiti on her business.