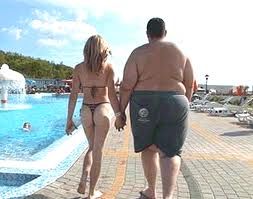 This could be one of the last remaining prejudices that still hides behind, well anything. Fat is America’s crisis, as well as an epidemic as well as an excuse for food companies and food industries to perpetuate our addictions with whatever they are selling. Despite what we now know concerning how we’re all marketed items with the triple threat of fat, sugar and salt, (salted chocolate anyone?), we still tend to blame the overweight person (or perhaps ourselves) as if the overweight person wasn’t aware they were fat. We still revert back to the idea that being overweight is a conscious choice, and I would argue that there are many factors that contribute to weight. Many of them are unconscious, which makes the conquering of the problem nearly impossible for most. Therefore, I would ask you to think about how you contribute to the Fat Prejudice? How does the Fat Prejudice impact you, your choices and thoughts?

A couple months ago at Hamilton High in Los Angeles, a girl committed suicide. She was able to post a farewell letter via YouTube before she died and told other students that “This is for all of you who called me stupid and fat.” Unexpectedly, someone I know tearfully related that her son was greatly impacted by this event and she and her son had watched the video together. My friend was very upset and relayed that this girl had been bullied for being fat.

A bully will find any perceived weakness and go at you.

My question: how are we talking to our own children about people who have extra weight? Are we expressing the compassion for one who facing a most difficult challenge, or do they hear us somehow blame the overweight person as being lazy, slovenly, etc? Do they hear us put ourselves down for our excess weight? How do we project the Fat Prejudice?

People who carry weight are no less smart then anyone else. Excess weight is about an addiction. We ALL have some sort of addiction. If you live in a city, with the demands of city life, you have some sort of a coping mechanism that is addictive. Some coping mechanisms are more accepted in our society than eating. If you exercise constantly, if you are always texting or checking emails, if you watch too much T.V., or play Solitaire or Angry Birds hours on end, if you are angry all the time, you could be addicted to your habit.

How would you know if you are addicted? Because if you can’t use your coping mechanism when you need it, you don’t feel right in your body. And you don’t have optimum alternatives to deal with stress that give you that same relief as the addicted behavior. You have wired your brain to deal with your emotions using your addiction. It’s just that as a society, we admire those who work too much as a coping strategy more than we admire those who eat too much.

When I see people who are obese, I sense their suffering. Their visual reminder should make us take stock of ourselves and our own challenges. Instead we rate addictions as one being more acceptable than another. Like, “Well I may do ‘this’ but at least I don’t do ‘that.’ ” Who are we to judge? I’ve known adamant exercisers who get completely lost if they get injured and can’t exercise. What kind of peace is that? It’s no peace. It’s turmoil come to the surface.

We read about kids who are gay and bullied and feel like they have to take drastic measures. Obese kids can feel the same. Anything different than the norm is not acceptable. The weird thing is that the average size for women in this country is size 14. The norm is bigger. The Fat Prejudice is at least one result of a capitalistic-minded society where “thin” is marketed as the optimal. Thin is supposed to be happiness in-bodied. On the flip side, marketing strategists do everything in their power to brainwash us into buying and eating more and assure the results will be our happiness. Children are particularly susceptible.

Please don’t blame the fat person you see as somehow being at fault. It’s NOT ABOUT eating less and exercising more. It’s that they use food to cope with their stress. We know more than ever now that there is large amounts of neuroscience involved with obesity. We know that the reward centers of the brain light up when one of the trigger foods is introduced to the addicted person, as if they were on cocaine. Ask anyone who struggles with weight, how difficult it is to cope with “donut day” at work. (Another topic…)

That doesn’t mean that most of us don’t need to learn to eat healthier and move more. However we all know someone who eats unhealthy and doesn’t have a noticeable outward affect. Are they somehow superior to the person whose weight shows? I know someone who is thin, but eats a quart of ice cream when they are stressed. Is that better than me who is overweight, but works constantly to track food, exercise more, cooks and plan meals, who would never think of eating a quart of ice cream and yet I’m the one with the weight problem?

Let’s conquer the Fat Prejudice. Let us be tolerant of people who struggle with weight. I would like to see our prejudice disappear and replaced with deep compassion. People who are overweight just show their stress on the outside. If our society continues its naive thinking of weight simply being a problem of “choosing” to eat too much, we are guilty of promoting the Fat Prejudice. And what is not fully understood is very hard to conquer.