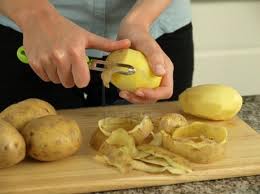 I really could not stand to watch the debate last night. I had it on for about fifteen minutes while my girls were playing piano and I was cooking dinner. There was the initial flash of conflict- hey, this is an important political moment and there’s too much daily life going on around here to listen. I was going to turn the heat down on the potatoes and ask the girls to stop practicing. Then I had to turn it around and see the other end of the telescope. These two men on television may as well have been discussing Mars (but hey, if they were discussing Mars, I’d be all interest and Curiosity.) I looked from one guy to another, and then over to the guy who was supposed to be moderating the debate. My daughters, myself, and all the women in America – we were invisible.

I decided to turn off the debate. A first.

It isn’t that I feel there’s no difference between the two. The guy with the two daughters who knows what it’s like to watch a grandmother die from cancer, I feel that at the least I have his sympathy. The guy with the five sons who has never had a moment of unmet need in his life; he scares me. He does not know what sympathy is.

I don’t want sympathy, what I want and deserve is respect. I fit into all kind of political categories that have been much discussed over the last months. I’m a single mom with no health insurance. I’m a small business owner struggling to make payroll. I’m a homeowner who has to be very conservative and creative with my food budget every month in order to make the mortgage. I’m a parent applying for scholarships for after-school care and tutoring. And believe, I know how lucky I am, because we are making it. Every day I remind my girls that we have so much to be grateful for, because we have each other.

I don’t see how either one of those guys is going to make my life or my daughters lives any easier or any better. I am completely invisible to them.

I do feel overwhelmingly that the dad with the five boys could make my life and my daughter’s lives infinitely worse. Historically, it’s easy to look back and see every time authoritarian government is looking to get back in the saddle, the first thing they do is take away women’s rights. No family planning, no criminal charges for rape (which is the de facto situation more than 80% of the time anyway – and I could do a whole other essay about the word “legitimate,” but I’ll save that for another day – ) no day care for children, no equal pay for equal work…The Republican party rhetoric against women has been so sadistically misogynistic, I have to wonder if these guys even had mothers – or sisters – or wives.

With more than 50% of the workforce being female, with a majority of college degrees going to women, with more women than ever running for political office…How can any woman of any political belief system at all vote Republican? Do you want your daughters to die poor, sick and trapped ? Are you ready to give up on all the Marie Curies and Hedy Lamarrs and Rachel Carsons out there who can create the science to save us?

The elephant in the room here is climate change, and there are days when I am so overwhelmed by the evidence of what is ahead of us, I could lie down on the sidewalk and cry. The things that are vital were not visible in this political debate.

If I thought there were even a snowball’s chance in hell that Romney could win California, I could not take the chance on stepping away from the party line. But I’m thinking about voting Green. I know, my Chicago Irish Democratic mother might roll over in her grave, but I think it’s time. If we don’t stay invisible, we might be able to continue to exist.

If the big boys want my vote, they can tell the air force to hold that long-awaited bake sale. They can cover the southwest with solar panels and the Sierra foothills with wind turbines; I will personally donate for a plaque in memory of the Fukushima Prefecture. They can tell Detroit that nothing runs on gasoline after 2015. They can institute the single-payer health plan that works in Canada and the U.K. They can pass a law saying that corporations are not people.

The information that I read shows that the more women we vote into office, the more likely it is that these things will happen.

So, I turned off the tv, and asked for more music, please. Play that Beethoven piece again. Then I went back to cooking dinner. Like billions of other women on this planet, I know that feeding my kids is love made visible. And after dinner, we can go over those ballot propositions . . .