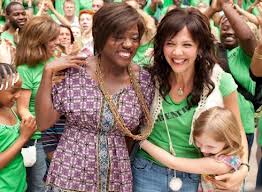 There are four days left to enter a drawing from StudentsFirst for a chance to win two free tickets to an advance screening of the upcoming movie, “Won’t Back Down.” A controversial film that has been through multiple titles and several release dates,  “Won’t Back Down” tells the story of two mothers, one a teacher, as they struggle to transform their children’s failing inner city school and ensure their kids have access to a quality public education.  Directed by Daniel Barnes and starring MaggieGyllenhaal,  Viola Davis and Holly Hunter in her first film in seven years. It is scheduled to be released on September 28.

Critics have contended that the film is an ideological vehicle of conservative activist Philip Anshutz and that the film is slanted to promote the parent trigger movement. Danny Weil of Project Censored went even further, calling the movie an attack on public education.

To enter for tickets, visit www.studentsfirst.org/wbd-contest.