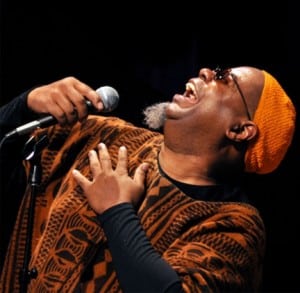 The traumatic memory of 9/11, an assault of incredible proportions and continuing ramifications, is embedded in our national psyche. And the Agape International Spiritual Center is committed to taking an active part in the healing process through a month long September to Remember commemoration entitled “Sing of Peace, Stand for Liberation,” during which several special community-building events will be offered.

Agape, a non-denominational spiritual community located at 5700 Buckingham Parkway in Culver City was founded in 1986 to recognize and honor the dignity and worth of all people and to be instrumental in establishing a world that works for everyone. In Greek, “agape” means unconditional love.

Rickie Byars Beckwith, Director of the Agape Music and Arts Ministry, shared her insights.
“In our commemoration of the events of 9/11, we recognize that something momentous happened and we choose to approach it from a place of peace,” she said. “When people are doing well and feeling good about themselves there’s no need to fight. Wars come from a sense of scarcity and lack. This month we are promoting a sense of well-being and liberation which means freedom. We free our minds to see we really are a global community and that we could perhaps invite a conversation about what really works as opposed to what’s falling apart.”
As the 11th anniversary of 9/11 approaches, Agape’s Music and Arts Ministry will be presenting “A Concert for Peace” featuring Dwight Trible and the Cosmic Band with special guest, Nailah Porter.
Because of the angry and fearful thoughts evoked by the devastating attacks of 9/11 and continuing to be harbored by many, the concert, which supports peaceful coexistence and harmonic relationships among all people, has been scheduled to lead off that anniversary week on Sunday, September 9 at 3 pm.
Agape’s Rev. Greta Sesheta spoke of the spiritual component to Trible’s performance, “which has led to him being described as ‘a preacher who turns any material into a song of praise.’ A unique and dynamic performer, Dwight is not content to use his music just to entertain people. He uses it to bring people together, to bridge the gap between people of different races and cultural backgrounds, and to heal the human heart.”
Many reviewers agree that he gives a powerful and memorable performance, including Greg Burk in LA Weekly, 2005: “More than a singer, the guy is our main local conduit for cosmic electricity; he opens his mouth and the spirit pours out.” Brick Wahl in LA Weekly, 2001, is also one of his many admirers: “We’ve never heard singing like this. His voice is an instrument, yeah, but more than an instrument, more than a voice. You can’t describe Dwight Trible. Words bounce off what he does like bugs on a windshield.”
“Dwight Trible is a world class jazz musician and a wonderful singer,” added Byars Beckwith. “He has honed his craft. He’s an artist who is free in his soul. In order to be that free a person must have lived a while and observed some things. He opens his voice up to sing about things that really do matter. He is not trying to do standard runs. He sings from the soul. His singing is rooted in ancient African culture. It gives us something we can’t get elsewhere. He’s not afraid to be holy.”
Byars Beckwith extolled The Cosmic Band, commenting that it “is made up of artists who have stood for music that is not commercial, not a sell-out, not defined by anybody’s external standard. In a cosmic way you feel the universe in the music. You feel the nature of what everything we’re looking at comes from. Trible takes us from the form into the unformed. And he is so deliriously happy there that it makes us think that maybe this problem I’ve been carrying, maybe there is a solution.”
Joining Trible on the roster will be Nailah Porter, whom Sesheta described as “a stunning performer.” 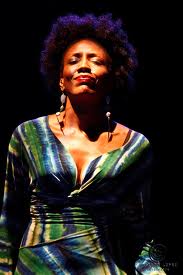 Porter’s many accolades include a description by Shonda Buchanan, LA Weekly, as “a raw yet silken cross between Sarah Vaughan and Cassandra Wilson.” The London Times contained this statement: “Her voice has a refreshing rawness, along with deft phrasing and exhilarating instrumental moments.”
Porter coined the phrase “ConJazzNess” (pronounced “consciousness”) to describe her music as “rooted in Spirit and based on jazz. On the surface it is a blending of genres, but more importantly, it sounds like what it is – Spirit speaking to me and through me to Itself in everything that is.”
A songwriter as well as international performer, Porter has had her music featured on the popular FX television show, “The Shield.” In 2010 she was personally selected by Mayor Villaraigosa to perform at the City of Los Angeles Heritage Month opening and closing ceremonies, representing the accomplishments and contributions of African-Americans.
Tickets to the concert are $20 in advance (by September 8), $25 at the door. They can be purchased online at agapelive.com in the website’s Calendar section for September or at Agape before and after Sunday and Wednesday services.
Additional “Sing of Peace, Stand for Liberation” events featured this month include one that already transpired on Sunday, September 2. The “Black Music and Arts Festival” with the Agape International Choir and Agape’s founder, Rev. Michael Bernard Beckwith, was held that afternoon at Rancho Cienega Park in Los Angeles. September 23 will bring “GlobalWorks Sunday,” a festival celebrating Agape’s global humanitarian programs. It will include craft vendors, food and booths and will be held from 8 am to 2 pm in the Agape parking lot.
Just about everyone has experienced a nightmare at some time or other, but it’s generally been quickly forgotten upon awakening. Not so in the final event of this special month, which is based on the living nightmares of individuals who were falsely accused of heinous crimes, judged guilty, stripped of liberty and marked for death.

“The Exonerated,” which will be held at Agape on Sunday, September 30 at 3 pm and is not recommended for children under 12, is a provocative and engrossing staged reading of a play based on the true stories of six people sentenced to Death Row for crimes they did not commit.
Byars Beckwith commented that the play “is about our penal system, which, like our school system, is not working. This is a time for us to examine our ways, to have a conversation about our penal system and the travesties that people have lived through.”
The six interwoven stories, which were culled from interviews, letters, transcripts, case files and public records, depict an American criminal justice system gone horrifically and tragically wrong, and the six prisoners who persevered to survive the hell into which they had been thrust..

In 2002 its authors, Jessica Blank and Erik Jensen, co-directed a critically acclaimed production of the play at the Los Angeles Actors’ Gang Theater under the artistic direction of Tim Robbins. It has been performed at the United Nations and has played to great acclaim throughout the country, garnering a bevy of positive reviews and awards. A sampling includes the 2002 L.A. Ovation Award for Best World Premiere Play; 2003 Outer Critics Circle Award for Outstanding Off-Broadway play; and being listed by The New York Times’ Margot Jefferson as The #1 Play of 2002.

Pricing is $20 in advance (by September 29), $25 at the door.
For additional information about the September to Remember events or the many other programs and activities provided through Agape, call (310) 348-1250 or visit agapelive.com and prepare to be enlightened, intrigued, inspired and energized.