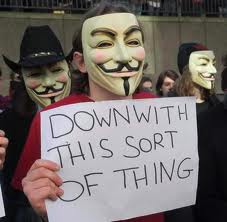 According to LA Curbed, there’s now a bit of a civil war going on in southern Mar Vista over a plan floated last week to secede from LA and join Culver City (the neighborhood has been part of LA since 1927). Apparently the secessionists have not actually outed themselves to their neighbors on the Mar Vista Community Council and the group’s Land Use and Planning Committee co-chair says that “Until organizers behind the idea step forward … he will report that he finds the calls for annexation ‘illegitimate’ and will advise that the community council not spend any more time on the issue,” reports the LA Times. Secessionists have been “quietly” and obviously very privately talking about asking Culver City to redraw its borders to include Mar Vista up to Venice Boulevard and out west to Beethoven Street.

Apparently the trouble started when South Mar Vista Neighborhood Association president emailed a couple hundred people asking if anyone was interested in secession/annexation–he says he was asking “for friends” (ok, that’s not a direct quotation, but he says he was asking for others and then wouldn’t say who and also he won’t release the results of the poll).

This week, the neighborhood council’s planning committee voted down the annexation plot anyway and “also passed a resolution calling for organizers of the movement to come forward and end their anonymity.”

Still, this doesn’t mean non-anonymous Mar Vistans are happy to be Angelenos–one resident has put together “20 Points” of contention, “ranging from trash can installation to investigating how to retain parking meter revenue.”

Editor’s Note – C’mon out and play. Politics is a full contact sport, and if you want to raise the flag for secession, you can’t do it from hiding. Get in touch with Culver City Crossroads.com and I’ll give you a month to blog about it.