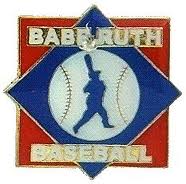 The Westchester Babe Ruth boys 14UAll-Star team defeated Utah Thursday 6-5 to advance to the quarterfinals of the Babe Ruth World Series. Starting pitcher Anthony Chavez threw five spectacular innings, and closer Matthew Kaplan came in to get the final five outs to save the game.

Utah scored first on a single, stolen base, passed ball and sacrifice fly, giving Vernal a one nothing lead after the top of the first.

Westchester came back strong in the bottom of the first toneison go by Matthew Kampfer, walks to Anthony Shabbos and Avery Allen and a bases clearing double by Grant Craddolph. Ethan Lazar singled in Craddolph for a 4-1 Westchester lead after one.

Westchester added to his lead in the third inning on a single and stolen base by Carlos Jacobo and a run scoring single by Allen.

Westchester added a solo run in the bottom of fourth on an LJ Gilliam walk, a walk to Kanfer, a single by Chavez and a balk.

Kaplan relieved Reggie Castro in the top of the sixth and stifled the Utah rally.

Westchester advances to the quarterfinals against Missouri on Thursday.

Chavez complimented his defense, “the Utah team was playing very good baseball, but I knew that if I threw strikes the defense behind me would take care of everything. Our bats are so explosive, i knew we would score runs. The team came through and did a great job. I’m excited to be going on to the quarterfinals. “