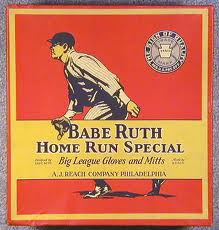 With the smoke from the wild fires finally dissipating, the Wasatch mountains seemingly a stones throw from centerfield and beautiful Ken Price field looking its very best, the setting was perfect for the Westchester Babe Ruth 14 year old all stars World Series quarter final game against Missouri. Westchester, fresh off a 6-5 elimination victory over Vernal, the Utah State representative, in front of Utah Governor, Gary Herbert earned the #2 seed in the American division, and was the home team. Missouri, having defeated New Jersey by a score of 8-5 was the number #3 seed in the National division. New Jersey patiently waited in the wings with a date with the victor on schedule for Friday night.

Westchester manager John Lopatto chose Hamilton High School’s Ethan Lazar to start on the mound for Westcheter. Lazar pitched four innings on Monday earning the victory against Twin Cities, Washington. Lazar, always calm, appeared quite confident leading up to arguably the biggest game of his career, “It’s 60 feet, six inches (the distance from the rubber to home plate), there’s nothing to worry about. I plan on putting the team on my back and winning this game.”

Lopatto put out a familiar starting lineup, with Anthony Chavez behind the plate, LJ Gilliam at first, Christian Amador at second, Matthew Kanfer at third and Grant Craddolph at shortstop. Avery Allen (Wednesday’s player of the game), Carlos Jacobo and AJ Inatsugu patrolled the outfield.

Westchester exploded for five runs in the top of the first inning. Gilliam walked, stole second and third and scored on a rocket down the left field line by Kanfer. Chavez walked amend Jacobo singled to load the bases. Allen knocked in the second run on a groundouts to first. Walks to Craddolph, Lazar and Inatsugu, coupled with two wild pitches accounted for the final three runs of the inning.

Missouri scored two runs in the top of the third, cutting the Westchester lead to 5-2. Lazar shut Missouri down again in the fourth and the score remained 5-2 leading into the bottom of the fourth when the Westchester bats caught fire yet again. Inatsugu and Amador walked and the advanced on a sacrifice bunt by Gilliam. Kanfer then singled to center scoring two. Chavez moved Kanfer over to second on a ground out, and Jacobo singled him home giving Westchester a comfortable 8-2 lead.

After Lazar walked the first two batters in the top of the fifth, Lopatto came out with the hook and called upon reliever Angel de la Torre to work out of the jam. de la Torre pitched brilliantly, shutting down Missouri’s rally, allowing just one run to score in the fifth. The teams traded solo runs in the sixth and the seventh, giving Westchester a 9-4 victory.

Coach Barr Craddolph remarked, “This World Series has truly been an amazing experience. To have the privilege of playing against competitive teams from across the country is unforgettable. I must say I am so proud of our boys because of the way they have banded together and fought together no matter what the situation. Go Westchester!”