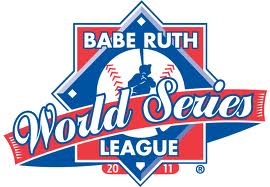 For only the second time in Westchester Babe Ruth’s 56 year history, Westchester has qualified a team for the Babe Ruth World Series.

The Westchester team leaves for Murray, Utah on Thursday, August 16 for the Babe Ruth World Series. Their first game will be on Saturday, August 18 against the New England Regional Champion (Southbury, Connecticut). That game is followed by a game on August 19 against Southeast US (facing a team from Florida, North Carolina, or Alabama). The Westchester 14U team will then face off on August 20 against Twin Cities, Washington, the Pacific Northwest Regional Champion. The boys then finish pool play with a game on August 22 against Vernal, the Utah Champion.

The top three teams from each pool enter into a single elimination tournament, with games on Thursday August 23, Friday August 24, and the Championship game on Saturday, August 25.