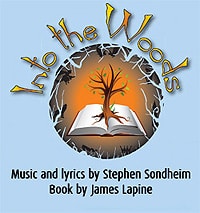 The Children’s Civic Light Opera (CCLO) is offering two performances of Into the Woods this weekend at The Norman J. Pattiz Concert Hall, 2955 So. Robertson Blvd. Los Angeles, CA 90034 (at Hamilton High School – corner of Cattaraugus). Tickets are available at the door. Curtain is at 6 pm, so get ready to enjoy the show!

Into the Woods blends various familiar fairy tales with an original story of a childless Baker and his Wife, who catalyze the action of the story by attempting to reverse a curse on their family in order to have a child.

In the first act, the characters set out to achieve their goal of living “Happily Ever After” through familiar routes – Cinderella goes to the Ball and captures the heart of Prince Charming, Jack climbs the Beanstalk and finds a land of Giants and Gold, Little Red Riding Hood survives her clash with the wolf at Grandma’s house, and Rapunzel manages to escape her tower with the aid of a handsome prince who climbs her long hair. The Baker and his Wife move through their stories while pursuing their own goal – the witch who keeps Rapunzel (revealed to be the Baker’s sister) has put the curse on his house, and agrees to lift it if the Baker and his Wife can find the ingredients to help her reverse a spell which her mother has laid on her, keeping her old and ugly. Those ingredients are: A Slipper As Pure As Gold, which the Baker’s wife gets from Cinderella, A Cow As White As Milk, which the Baker buys from Jack in exchange for the fateful magic beans, A Cape As Red As Blood, which the Baker gets from Little Red Riding Hood in exchange for freeing her and Granny from the Wolf, and Hair As Yellow As Corn, which they get from Rapunzel. The ingredients are gathered, and the spell works, stripping the Witch of her power, but restoring her beauty. At the end of Act I, all characters seem poised to live “Happily Ever After”.

Act Two, however, deals with the consequences that traditional fairy tales conveniently ignore. What does one do with a dead Giant in the back yard? Does marrying a Prince really lead to a happy and fulfilling life? Is carving up the wolf the solution? Is the Giant always wrong? In Act Two, all the characters must deal with what happens AFTER “Happily Ever After”. As they face a genuine threat to their community, they realize that all actions have consequences, and their lives are inescapably interdependent, but also that that interdependence is their greatest strength.

CCLO is a Los Angeles based theatre program for children to young adults. Founded in 1987 by a Diane Feldman, the program specializes in musical theatre. Past shows have included Thoroughly Modern Millie, A Chorus Line, 42nd Street, Annie, Damn Yankees, and Little Shop of Horrors. The theatre company emphasizes the use of workshops, classes, and inter cast development to build the children’s acting, singing, dancing abilities, and to help the actor/actress develop more self-esteem.