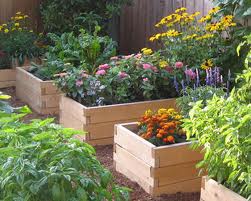 While going over the budget numbers a few weeks ago, Mayor Andy Weissman expressed a bit of exasperation. After all the negotiations with the public employees unions, he thought it must be “common knowledge” that the city was in financial crisis. But common knowledge isn’t as common as it should be.

There are so many crises, so many layers of crises, sometimes it’s hard to sift. We know that money is tight and will keep getting tighter, that the environment is in desperate disorder, and the need for change at every level is vital. It is common knowledge that what we are doing every day – the often scorned “business as usual” – is what is killing us. Yet the changes we need to make are still on our to-do list, not yet done.

With the offer still on the table for Culver citizens to give their ideas on how the city can manage better here is my list – of course, it’s a cross-pollinated, interdisciplinary crossroads kinda list. Not only will it save money and generate income, it will clean the air, drop your blood pressure, create art, educate children and give you minty fresh breath.

First, we need to let the grass grow. If we are cutting it every week, then make it every other week. If we are cutting it every two weeks, shift to once a month. Reducing the gasoline fumes used to trim greenery isn’t just a money saver, it’s also carbon saver. No one is using these parks as putting greens, and while it may be financially hard on the Parks and Rec crew to work less, it’s better than laying them off. We can also trade out our old gas guzzlers for some Lehr environmentally friendly lawn technology, and support a local business that’s doing it cleaner.

We need to add a five cents per order fast food tax and give that to the Sanitation Department to pick this stuff up off the streets. I notice McDonald’s trash more than most others because it’s in between my house and my job, but it seems that no one ever eats fast food and disposes of the waste in the proper place. There is ALWAYS trash in the gutters and the streets. While we are there, let’s add another 10 cent per order tax for using the drive-through. These cars are spewing fumes that the rest of us have to breathe, and that does not make Culver City healthy.

We should be writing parking tickets as if we were having a contest with West Hollywood and Santa Monica. I know, everyone is just bored with Cary Anderson going over the stats again and again. The problem is that he’s right, and everyone knows it. When we ticket everyone – yes, everyone- who is even seconds over the limit or inches over the line, people will realize that our parking enforcement is for real. As someone who has lived and worked in both SM and WeHo, we are not “driving business away” we are making sure we feed those meters, and collecting the revenue. Just for fun, let’s ask SM and WeHo to make it a contest. The city that writes the most parking tickets (adjusted for number of parking spaces, of course) wins a new set of bike lockers at the public transportation station of their choice.

We all need to commit to driving less. That asphalt isn’t going to last forever, but it’s going to last a hell of a lot longer under your bicycle tires than it is under your 1500 pound Toyota, or your 5000 Lexus SUV.

Graffiti removal is important, and has been expensive.  We don’t want gang tags or anyone’s individual tag making an ugly mark on the walls. So let’s have an art patrol; you can check out a small bag of multi-colored spray paints from the police department, take it to the offending graffiti and re-draw over the tag. Like making a doodle larger, or finding a design to fit into another design. That way we won’t have boring beige walls, we will have a procession of constant creativity and design. That’s public art created by the public.

I used to live in Venice, right down the street. One of the great things I saw going on in the Oakwood neighborhood was the tradition of an older adult, referred to as the “griot” who would walk a troop of kids to the school, and then walk them back home at the end of the school day. He would tell stories, ask them about their homework, maybe jump into some spelling words or math facts, and most importantly, let the kids know that they were loved, and that someone was there to listen to them. I saw this decades before I got into the parenting business, and I thought it was a great idea. We have a wonderful demographic of retired seniors, and if we had someone designated for each school to gather the kids up and walk with them, we could reinforce all those important lessons every day. All while decreasing traffic, and building community.

How does that save the city money? Well, in the next ten years, when we don’t have a generation of overweight, alienated, unemployed young people sitting around waiting to get into trouble, it will save us a lot.

Everyone should grow some food. There isn’t a neighborhood in the city that does not have some undeveloped or abandoned parcel of real estate that isn’t growing anything but weeds. If we created some small de facto community gardens – letting people bring in some containers and maybe growing some flowers or veggies, we would have a place for neighbors to meet, and share some fresh food or just get to know each other better. We would have little pockets of beauty and health all over the city.

You plant some commit- mint, and grow some content-mint, and maybe even sprout a fresh green idea in a govern-mint.

Everything we need to do to be in better financial health will also contribute to our social health, our physical health and our long-range planning for the future. As John Muir stated “When we try to pick out anything by itself, we find it hitched to everything else in the universe.” That needs to be common knowledge.