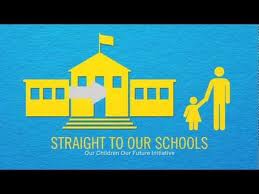 The California State PTA’s Our Children, Our Future initiative has now officially qualified for the November ballot. The initiative needed 504,760 signatures to qualify. The campaign submitted 848,000, with more than 420 signatures submitted by our own Culver City Council of PTAs. This is the first time the California State PTA has worked to put a measure on the ballot, and while the PTA is not putting any money into the campaign, PTA volunteers across the state gathered signatures.

If passed in November, Our Children, Our Future will use a sliding scale tax increase to raise more than 10 billion dollars a year over twelve years for our kids and our California schools. In the first 4 years, 30% of the money raised will go to pay off existing state school bonds, thereby helping to ease our state budget crunch. A smaller percentage will go to pre-school programs, with 60% left for our k-12 public schools. Starting in the fifth year, 15% of the money would go to preschool programs and 85% of the funds raised would go to our k-12 public schools. But even in those early years Our Children, Our Future would mean over $6,000,000 for our Culver City schools. By 2017-8, the initiative would be bringing over $11,000,000 to CCUSD schools.

One of the great things about this initiative is that the money it raises won’t go through the legislature, nor will this initiative relieve Sacramento of its Prop 98 public school funding responsibilities. Instead Our Children, Our Future will give additional money directly to districts and school sites on a per pupil basis (with a bit of extra funding for special education and low income students). The initiative would limit the amount of money that can go for administration and has very strong accountability provisions— but the decisions on how to spend the money will all be made locally, at the school site and district levels.

For years state budget cuts have meant cuts to programs, fewer class offerings, larger class sizes, fewer janitors, smaller support staff and greatly intensified parent fundraising efforts. Over and over again our community has stepped up to the challenge by passing Measure EE, by supporting our Culver City Education Foundation, PTAs and booster clubs, and by working with local businesses and organizations to give our kids the best education we possibly could. With a weak economy and the threat of more cuts from Sacramento, we will have to step up again this fall to pass Our Children, Our Future.