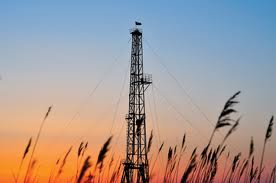 “Language is important,” noted Councilwoman Meghan Sahli-Wells, “and while I know that ‘moritorium’ and ‘ban’ have almost the same definition, I think that ‘ban’ is the word we want to use here.”

There were other things on the agenda at the Monday July 2 Culver City Council meeting, but the one that filled the seats was Action Item 2 – Adoption of a Resolution Urging the State of California’ Division of Oil, Gas and Geothermal Resources (DOGGR) to place a moritorium on Hydraulic Fracturing “Fracking.”

While not quite the same size of the crowd that gathered June 18, there were easily 300 people in the seats at the council chambers, and Mayor Andy Weissman politely shifted the rest of the agenda out of the way to accommodate those who were waiting to speak.  At the end of the action, the council voted for more than a moratorium, they voted for a ban.

More than twenty people spoke to the council in support of banning fracking in the Baldwin Hills Oil Field, and they ran the gamut from long-time local activists such as Tom Camerella to representatives from neighboring non-profits like Lillian Light of Manhattan Beach.

Rebecca Rona-Tuttle took a sympathetic tone, saying “We realize it’s difficult to act when you fear litigation, but we expect you to do the right thing. “

The council members each decried the lack of information available in regards to the process, noting the voluntary nature of the information that the oil companies were required to report on their activities.

Mehaul O’Leary took a page from the Santa Monica Bay Restoration Project (where he sits on the board) to note that many of the chemicals that might be involved in hydraulic fracking were cause for the city to be fined if they found their way into the bay. “For us to be held financially liable for the use of toxic chemicals that we are not even aware are being used in our own back yard – that’s outrageous. We are begging for information, and they [PXP] are not required to inform us.”

Councilman Jeff Cooper spoke to the sizable crowd about his responsibility as an elected official. “We are here for the other 40,000 people who are not present tonight, and their concerns and their health and their children.”

While Jim Clarke was the only one who wanted to keep the word ‘moritorium’ offering that ‘”The State [of California] will have an  easier time responding to the original wording.” When the vote came, he was in favor of a ban.

Weissman made an impassioned statement that “there is nothing more important to this council than the health and safety of our people.” But the reality of what the council really can control was also noted. “We can ban whatever we want to ban on our hundred acres, but without the support of the county and the state, it isn’t going to mean much.”