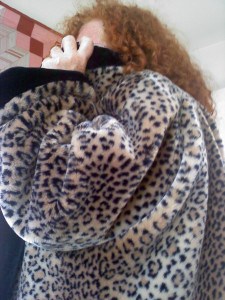 I am a P.E.M.P. It’s true. I have spent the greater part of the last decade being a Proud El Marino Parent. It has been one of the most interesting, challenging and exhausting experiences of my life, and I’m done.  The time has come to explore other options.

One of the most important things I teach my children is that’s it’s ok to change your mind. Whatever you commit to, you should commit with all your heart and soul, and give your absolute best efforts. It can be major victory. You can get great satisfaction out of success.  But if the thing you committed to with heart and soul simply ran you ragged, or left you injured, or just bored you silly – you can change your mind.

I believe that loyalty – just sticking with something or someone because you always have – isn’t a virtue. It’s a flaw, and it’s often inspired by fear of the unknown. Doing what we have always done, because we have always done it that way – that is not what starts the revolution.

Anyone who knows me from El Marino knows that I am not one of those bright lights that puts in the time every week to do the PTA or volunteer for field trips or help in the classroom, although I have done all of those things. In the culture of a school that expects everyone to put in 110%, I’m usually good for about 80%. I could throw myself on the mercy of the court, offering that I am a single parent running two businesses and working a part-time job, but I know there are plenty of folks whose days are as long as mine, or longer.

I baked for the bake sale, but not every bake sale. I did more than some and far less that others. There have been things I volunteered to do and dropped the ball, for one reason or another, making it harder for those people who  were counting on me. But it’s not about me. As they like to say at the school board meetings, “It’s about the kids.”

My children have had an amazing education at El Marino, but it has been accomplished by putting in almost every waking hour nine and a half months of every year. It has been accomplished through the sacrifice of self-esteem and the pursuit of the (impossible) goal of perfection. That’s not language – that’s culture.

Some kids thrive on all the challenge at El Marino, but mine … not so much. We have slogged through mountains of homework, practiced our songs and dances, and researched our family tree, all of it in Japanese and Spanish. We have had uncountable tantrums, tears and freak-outs from intellectual and emotional exhaustion. We collapsed into winter break and summer vacation like marathon runners falling over the finish line.

I feel that one of the pitfalls of feminism – and I think that most of the Proud El Marino Parents that I know would consider themselves to be feminist without a moment of hesitation – is that you are not expected to stay in the kitchen, but that you are expected to be at the sales meeting, the PTA, the corporate awards dinner, the piano lesson, and have something for the bake sale; it’s ok if it’s not home-baked, just have something to contribute. The role of mothers in this culture simply covers everything. You can’t do math homework in two languages? You slacker! You slug!

True confession – I can barely do math in English. I could burn a huge bundle of incense to the Buddha in gratitude for the fact that I will never have to take another math class. But that doesn’t mean I don’t have to deal with it for my daughters. Trying to get past ichi, ni, san or uno, dos, tres is like climbing a glacier with rubber gloves on. Greased rubber gloves.

There are (legend has it) parents at this school who do nothing more than drop their children off in the morning and pick them up in the afternoon. I can’t quite believe it. At the very least, I’m sure they are all writing fat checks to contribute to all the things we are all supposed to contribute to – alas, another benchmark I can’t meet.

The reason that my family will be at another school next year is because immersion education is (really, truly) not do-able for everyone. Learning a second language is a huge skill set, and having to learn everything else in that language can be an overwhelming challenge. By the benchmarks that really matter here – the academic measures of competency – we are not succeeding.

Struggling in school takes time away from all the pleasures of childhood. Almost the only other thing we have had on our schedule is scouting, and I can think of many occasions where we had to forgo the meeting to catch up on homework. That is not how life should be.

My parents did not have the “change your mind” option. What they did, instead, was move away. A better job, a bigger house or just trying to find someplace where the grass was really greener; these were presented as reasons, but they were excuses. Underneath all that, they were fleeing from their own sense of failure. The shame of not being perfect in a place where everyone else around them seemed to be.

I’m not leaving town – I’m just not going to P.E.M.P. anymore. There is no shame in it. There are other equally wonderful educational options. (And yes, we will walk there…)

Ironically, we have the languages we went for, and not a day goes by that someone in this house isn’t singing Japanese pop music or watching cartoons in Spanish. Both of them have beautiful accents, not just in their respective languages, but in both. Immersion works.

I can never offer enough thanks for the great teachers, the awesome office staff, and the multi-lingual multi-talented principal. We would not have made it this far down the road without all the kind and caring support you have all given.

I expect I will be a proud El Rincon parent, or a proud Farragut parent, or maybe a proud Lin Howe parent next September- I still don’t have that matter settled. As far as I can see, there isn’t a school in this district that we wouldn’t be pleased to attend. I will be there to put in my 80%, and know that my girls are getting an excellent education. Critical thinking skills, creativity and that most important of all, resilience.