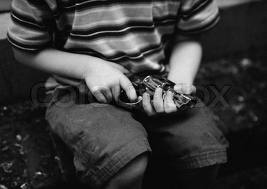 On Monday, a Culver City Middle School student brought an unloaded handgun to school to show off and intimidate his fellow students. Though no one was hurt, and Culver City police and District personnel cooperated to arrest the student, the episode underscores the importance of the District’s on-going anti-bullying efforts.

“Having a gun on campus is a very serious matter that we will not tolerate,” said Superintendent Patricia Jaffe. “Fortunately, no one was hurt, and the student involved was arrested as soon as we discovered what happened. But these events are another reminder of how important it is for us to continually educate our students about bullying and how to deal with it.”

The District is committed to providing a safe, caring environment for its students, and during the past month, all of our elementary schools and Culver City Middle School have been provided a two-day training in the Olweus Bullying Prevention Program. The funding for this program was the result of a grant from the Los Angeles Mental Health Department.

Each school had representatives from all stakeholders attending the trainings including administrators, teachers, parents, instructional aides, noon aides, and counselors. The Olweus Bullying Prevention Program is designed for all students and the approach is designed to be preventive and responsive. It is a research-based program that has been shown to be highly effective in reducing bullying and antisocial behavior in schools.

Olweus has also been effective in improving the classroom social climate. It is a wise investment since children that bully tend to have a positive attitude toward violence and show little empathy for the victims. Schools are currently in the process of surveying students regarding their views of bullying on their school campus, and this data will be used as the program is implemented in the 2012-13 school year.

“We take very seriously our commitment to provide a safe learning environment for everyone on our campuses,” said Jaffe. “While Monday’s incident was unfortunate, I am extremely proud of how our staff handled it, and I would like to thank the Culver City Police Department and CCUSD security for working so quickly and effectively to arrest the student involved.”

It is critical that students who are victims of bullying or who witness bullying feel comfortable in speaking out. To that end, the District has developed a form anyone (including parents and teachers) can submit, anonymously if they prefer, to report an incident of bullying.

Since 2008, Culver City Unified School District has had an Anti-Bullying Task Force consisting of parents, students, teachers, administrators and community members under the direction of the Assistant Superintendent of Educational Services.

In 2009, the District launched a web page addressing bullying, with resources for parents and students of all ages. Created to support students who have been targets of this harmful practice, the page includes definitions, helpful suggestions, policies and procedures, and links to other resources. There is also information and suggestions about “cyber-bullying” – bullying using technology such as cell phones, instant messages, email and social networking sites.

The page can be accessed by following the “Anti-Bullying Initiative” link on the Bulletin Board of the District’s website at www.ccusd.org.

CCUSD also has several programs in place to promote civility and a positive social environment within the school community, including character education, an anti-drug-violence curriculum, and Caring School Communities Curriculum in the elementary schools.