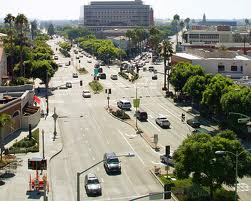 The Pataccia Room at City Hall was the stage for the long-delayed meeting between Culver City council members and CCUSD School Board officials on Tuesday, May 29. The short agenda defied the fact pointed out by School Board member Kathy Paspalis, that “This meeting has been postponed and rescheduled for 14 months.” Both City Manager John Nachbar and School Superintendent Patti Jaffe agreed that it had taken a long time to sit down, but that they had been meeting throughout the past year to mitigate the issues on the agenda.

With the city council being represented by Jeff Cooper and Meghan Sahli-Wells, the school board sending Patricia Siever and Paspalis as their reps, the city manager and superintendent had the focus of the elected officials.

Covering basic housekeeping issues such as after-school use of school facilities and fees to cover the cost of maintenance, the idea of a three-dollar per participant per week fee came up as suggested by Parks and Rec Director Dan Hernandez.  School Athletic Director Jerry Chabola offered his experiences as to how to keep things organized between school and municipal usage.

The role of police at sports events was discussed, but not defined, and Lt. Ron Izuka offered to take the discussion back to the force. Scott Wyant represented the CCEF and put the next “All For 1” campaign into motion.

The need for vendors to stay at least 500 feet away from school property was brought up, with the idea that the police might want to check on ice-cream sales carts stationed nearby. There was more concern about keeping children out of traffic than about cavities or consumption of excess sugar, but the tone taken seemed to realize that there were kids, and there was ice cream, and it was going to happen.

A  part of the agenda was in regard to the ‘Safe Routes to School’ grant, and how to best use the money. While Sahli-Wells reminded the meeting that some of the changes proposed for the Elenda/school complex area had been implemented, there had been only partial community involvement. “We had the stakeholders from the schools involved, but not all the residents in the area.” With funding for education included in ‘Safe Routes’, the panel agreed that more community meetings could help to find a solution to the traffic problems around the school complex. “Let’s get a plan that people can live with, ” offered Sahli-Wells,”and then use the grant money to implement that.”

With a promise to make the council-board meeting a regularly scheduled event, the meeting was over.